Is this the end of Joice Mujuru? 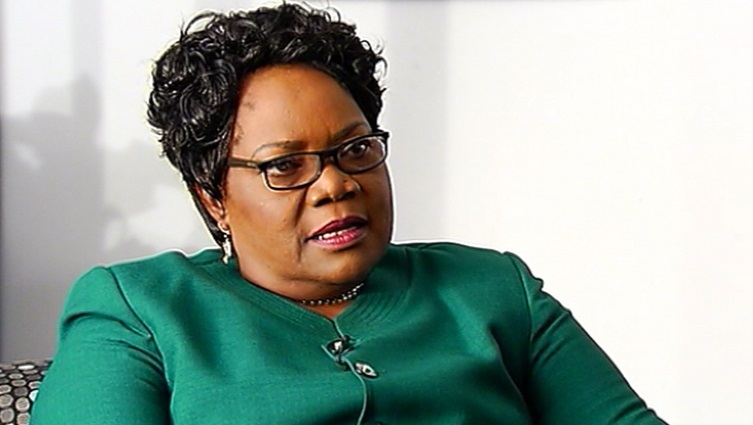 Source: Is this the end of Joice Mujuru? | Daily News

HARARE – It was in March 2016 when Joice Mujuru emerged in public for the first time since her dismissal from Zanu PF and government in December 2014 to announce that her party — the Zimbabwe People First (ZPF), was determined to take-on her former boss — Robert Mugabe — at the next elections.

Mujuru had lived in Mugabe’s shadows since she joined his Cabinet at independence in 1980 as the youngest minister.

For a decade preceding her dismissal in December 2014, she was Mugabe’s deputy and was seen as the veteran nationalist’s likely successor until she was shown the exit for allegedly plotting to unseat the deposed autocratic ruler.

“Today (March 1, 2016) we confirm our existence as a viable, inclusive homegrown political party,” Mujuru said to cheers and ululation from supporters in her first public address since her dismissal.

A lot has since happened.

To start with, Mujuru is no longer leader of ZPF.

A few months after she was invited to lead the party, she fell out with its elders — Rugare Gumbo and Didymus Mutasa.

She then left to form the National People’s Party (NPP).

NPP has not had it easy either.

It has been deserted by its top officials, who are unhappy with Mujuru’s leadership.

While Mujuru had pledged to become part of a grand coalition to fight Zanu PF at the polls, like water and oil, which never mix, she could not be accommodated into the broader MDC Alliance, led at the time by former trade unionist, Morgan Tsvangirai, who passed on in February this year, after a long battle with colon cancer.

Mujuru had insisted on leading the coalition and when she could not have it her way, she became leader of the People’s Rainbow Coalition (PRC), made up of minute opposition parties that have little prospect of upstaging Zanu PF at the polls.

Mugabe, who had kicked her out of Zanu PF, resigned under pressure from the military, which hoisted her bitter rival, Emmerson Mnangagwa, to the throne.

A poll battle pitting Mujuru and Mnangagwa would have been the highlight of the forthcoming elections, but then the PRC is in limbo, having failed to gain traction.

With the going getting tough and rough in urban areas, she appears to have retreated to her rural Dotito home where she launched PRC’s manifesto over the weekend.

Analysts were adamant yesterday, that by taking her manifesto launch to Dotito, Mujuru has reduced herself to a constituency leader, lacking the appeal befitting a national leader.

Political analyst, Eldred Masunungure, said national leaders should prove their clout by going beyond what could be perceived to be their comfort zones.

“She (Mujuru) wanted to launch it in her home area among her people where she is the daughter of the soil. After what happened to (splinter MDC leader Thokozani) Khupe programme last week where people didn’t show up, Mujuru had to be creative, but that is not as things ought to be,” opined Masunungure.

“If you are a national leader who must not be regional and she should have launched it in other rural settings to prove that she is really a national leader, she must feel comfortable in any location in Zimbabwe,” he added.

Political analyst, Maxwell Saungweme, told the Daily News that there were a plethora of factors that made Mujuru’s political project not that exhilarating as the euphoria of her bravado to defy Mugabe.

“Firstly, the ideology from which her party is based is hazy and people struggle to draw the line between what her outfit stands for and what Zanu PF stands for,” said Saungweme.

“Secondly, she was a tainted political figure with many allegations of corruption and plunder of national resources that hovered over the name Mujuru. People simply do not have an appetite for leaders allegedly involved in the plunder of our nation,” said Saungweme.

Mujuru and her late husband, Solomon, just like most Zanu PF politicians, were widely regarded as the richest people in Zimbabwe, although she denies it.

Saungweme said Mujuru’s lukewarm response to Mugabe’s demise, which was widely celebrated by Zimbabweans from all walks of life, further tainted her political standing.

Mujuru also went against the grain by showing sympathy for Mugabe after the November soft coup yet all people converged on “Mugabe must go”, though they did not say they wanted a junta regime after Mugabe.

“If she was politically tactful, maybe she should have joined Zanu PF under Mnangagwa and his junta, as her political aspirations are similar to Zanu PFs and are moored on the need to safeguard their ill-gotten wealth,” said Saungweme.

“Alternatively, she must have buried her pride and heeded calls by Tsvangirai to join him and his MDC in the so-called ‘big tent’. But this would have meant her accepting an inferior role to Tsvangirai, now (Nelson) Chamisa.

“By doing this she would have been clear that she is now an opposition member. Currently, people doubt whether her outfit is genuinely opposition or is a political blend of ruling and opposition ideas.

People can’t follow a party which is not clear about being opposition or seeking to maintain the ideals of ruling party, which are in her political DNA,” he added.

Mujuru’s spokesperson Gift Nyandoro, has dismissed suggestions that the PRC was dying, saying the weekend launch of the party’s manifesto in Dotito was a symbolic gesture whereby they touched base with the rural folk.

“Every leader has a home and Dotito is where the journey of our president began. The Dotito launch was historic, it is where she began her journey against colonialism, it is at Dotito that when she was just aged 18 she crossed Mozambique to pick up arms,” said Nyandoro.

“It is also within the geographical location of Mt Dawrin that she gunned down a helicopter. Put simply, that was a historic symbolism that the revolution she started as a teenage had not ended but is still continuing.

Nyandoro said while it was fashionable for political parties to launch their manifestos in towns, they decided to do it differently by taking the launch to those who endured the brutal liberation struggle.

“We believe our rural folk are not being consulted in terms of policy issues, rather they are there to make slogans. We are also going to all rural areas so that people get to know the manifesto,” said Nyandoro.

During the launch, Mujuru pledged to tackle past atrocities, including the Gukurahundi massacres and Operation Murambatsvina, two events that occurred while she was still sitting in the lap of power.

Mujuru, whose late husband was the commander of the Zimbabwe National Army during the Gukurahundi era, said she hoped to strengthen the National Peace and Reconciliation Commission (NPRC) and tackle atrocities that were perpetrated by the army during the removal of Mugabe last November.

“Following years of impunity including Gukurahundi, Murambatsvina, and the recent coup, the time has come for Zimbabweans to heal and work together as a nation.

“The PRC government is determined to enable Zimbabweans to put closure to the dark chapters of their history,” reads part of the manifesto.

“The PRC government will therefore: strengthen the NPRC to attend to the issues of truth, recovery, national healing, justice, and reconciliation. Release the Chihambakwe Commission Report, which provides the details of the past atrocities.

“The report will enable the hidden truth to come out and enable the process of national healing. Establish a compensation fund for victims and survivors of atrocities, construct a national monument to memorialise victims; launch a respectful victim identification and reburial programme; and establish a conflict prevention and early warning system.”

Critics doubt if Mujuru can deal with Gukurahundi and Murambatsvina, given she was part of the establishment when the Mugabe-led government killed an estimated 20 000 people in the provinces of Matabeleland and Midlands in the 1980s.

Mujuru was also the vice president when government destroyed homes in an operation that was ostensibly meant to restore order in urban areas and left over 700 000 people homeless.

While the PRC is adamant that by taking its manifesto launch to rural Dotito, they are reconnecting with history, the jury would be out at the harmonised elections due in July.

It is also in July when Zimbabweans will get to know if former Zanu PF national commissar Saviour Kasukuwere was looking at the crystal ball when he described Mujuru’s party as a “gathering of losers”.

“We will defeat them anytime. We are ready for them. What is it that they want to tell us that they couldn’t do for 34 years when they were with us in the (Zanu PF) party?” Kasukuwere was quoted saying at the time.

Newer Post
Going getting tough for Khupe: MDC
Older Post
Ndhlukula grilled for ‘testifying in a case he was unfamiliar with’