To say that I was petrified listening to the Deputy Minister of Information Energy Mutodi speaking last night (5 November 2019) on the Voice of America’s Studio 7, would be the understatement of the year, but was utterly shocked and dumbfounded, when he suggested that low salaries for workers were positive for the economy, as they attracted foreign direct investment (FDI), since companies preferred countries with cheap labour. 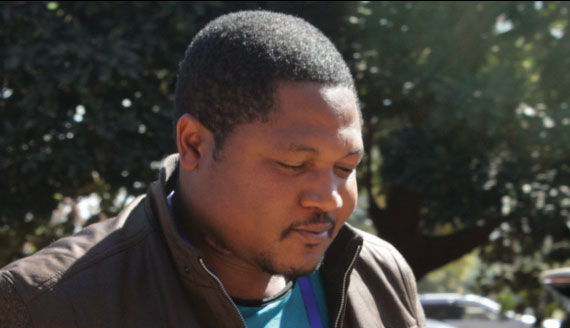 I could not believe my ears. Then it dawned on me – of course, that explained a whole lot on why the government seemed intent on depriving its workers, and citizens in general, of decent wages and livelihoods, despite the fact that it was clear that the vast majority of them had become incapacitated, as they could hardly afford their daily commute to and fro their work stations.

Thus, was the Zimbabwe government deliberately impoverishing its own citizens in a warped and obviously skewed bid to attract investment? Was this part of its questionable and schizophrenic economic policies, especially propagated by Finance Minister Mthuli Ncube?

Would they rather we became slaves, as long as investors opened their businesses in the country, whilst abusing us as cheap labour, as well as firing us willy-nilly – as such an attitude by government signals to the very real and frightening prospects of the enactment of a plethora of anti-workers and anti-people legislation?

It surely appears so, further highlighted by the authorities’ apparent obsession with pleasing international institutions at the expense of the long-suffering and long-betrayed people of Zimbabwe – proven by the introduction of the 2 percent tax on electronic transactions, which they know are the only remaining backbone of citizen’s ability to trade in a cash-starved economy – as a way of placating the International Monetary Fund  (IMF).

Additionally, in its hurried attempt to realise a budget surplus – for exactly the same ‘blue-eyed boy’ agenda – the government has deprived the suffering people much needed genuine cushioning policies against the torture and torment of this economic turbulence.

As much as it is common knowledge that, indeed, any investor would strive to maximise his or her profits – and would obviously consider such dynamics as labour costs in choosing where to plant his or her money – but, for a government, which is normally expected to protect its own citizens from predatory forces, to find itself at the forefront of concerted efforts to disenfranchise them of their right ‘to be paid a fair and reasonable wage’ (as promulgated in Section 65 (1) of the country’s constitution), is not only cruel but unbelievably evil.

Similarly, the administration’s readiness to sell out the citizens of Zimbabwe, in a desperate attempt to attract FDI, may actually turn out to be nothing more than mere pipe dreams, as it takes far much more than just cheap labour for a company to invest in a country. This government’s catastrophic economic and political policies have already led to massive company closures – as such, why risk people’s welfare for investment that is not even guaranteed?

Such has exposed the deceitfulness of Zimbabwe authorities who have always touted themselves as champions of the people’s welfare – as witnessed by their incessant vitriolic attacks against businesses they accuse of profiteering at the expense of a suffering populace (no matter how insincere, considering that the government’s own continual fuel and electricity tariff increases and tragic economic policies are largely responsible for ever-increasing prices of basic and essential goods and services) – living the ordinary person all the more vulnerable.

What further raises suspicions that Mutodi’s comments were not isolated nor an individual’s personal opinion, but actually government policy, is the nonsensical explanations proffered by the administration as to why they can not afford to meet its workers demands.

Firstly, government workers have been on record countless times reiterating that they are not requesting a salary increment, but merely demand their earnings to be pegged at their October 2018 values – when they were in United States dollars – to the local ever-devaluing Zimbabwe currency at the prevailing interbank exchange rate, since a 24 June Statutory Instrument 142 of 2019 re-introduced the Zimbabwe dollar and outlawed the multi-currency system that had been in force since 2009.

Therefore, if a worker was earning US$500 in October 2018, and the prevailing interbank exchange rate is US$1 to ZWL$15, then his or her current salary should be ZWL$7,500. However, what we are witnessing is that such an employee would probably be getting ZWL$1,000.

So, what would have happened to his or her ZWL$6,000? Did it just vanish into thin air?

That is where government’s explanations that it does not have enough money to pay its workers what they are demanding makes no sense at all.

If the Zimbabwe authorities were quite capable of paying their workers, for instance, the US$500 in October 2018, why then suddenly do they not have the money today to simply covert this same amount at the prevailing interbank rate? They would not even be expected to add a single cent – as all they need to do is simply avail the same US$500 they were paying last year, and the bank will convert it using the prevailing exchange rate, thus the worker will receive the real value of his or her salary.

Furthermore, would the people be wrong in also concluding that the abrupt re-introduction of the Zimbabwe dollar – after the crazed introduction of the RTGS dollar, and liberalization of the exchange rate from the previous 1:1 against the Greenback, only a few months prior – was a well-calculated ploy to ensure that ordinary citizens had their monies, including salaries, spectacularly lose value literally overnight?

Is this not clear evidence that the government is doing this in a crude deliberate effort to create their fancied ‘cheap labour’?

The government has some serious explaining to do to the people of Zimbabwe, as what they have been doing is tantamount to stealing its own citizen’s hard-earned monies. The very height of the corruption they purport to be fighting!

Who can ever forget the early to mid 2000s when our fathers and mothers again lost all their savings, pensions and insurance benefits, due to similar brazenly atrocious economic policies – where the then currency lost value in fairy tale fashion?

Who can ever forget the trauma of watching one’s own mother uncontrollably weeping, as she could not believe that all her lifetime savings and investments (accumulated over a period of 46 years of employment)  – which she had eagerly anticipated to see her through a comfortable retirement – had simply vanished, and she had been left high and dry as if she had never worked her entire life?

Today, this so-called ‘new dispensation’ has proven beyond any reasonable doubt that, indeed, old habits die hard – considering that, save for a very few new faces, the real power-brokers are the same from the then ousted late president Robert Gabriel Mugabe era – who supported his equally poisonous policies (both political and economic) without any qualms.

As such, who is truly benefiting from this ruinous and wretched state of affairs? Are the real beneficiaries the cartels, that somehow always manage to secure all the foreign and local currencies that are ostensibly in short supply, but freely abound traded openly on the streets?

What is even the real purpose of the injection of the ZWL$1 billion in new notes into the economy? Considering this administration’s history, who will truly benefit? Will these new notes – just as the Bond Notes, which were introduced a few ago under the same pretext of easing cash shortages – end up, not in banks and ordinary people’s hands, but with the cartels that the government seems intent on protecting, whilst implementing sham and scandalous ‘punitive measures’, that have never seen any real action taken?

It is about time that the government ceased playing dangerous and hurtful games against the people of this country. Have we not suffered enough? Is this administration run by sadistic people who attain some perverted gratification from making us suffer, moan and even die?

Would they genuinely be so eager to fulfil their ‘Zimbabwe is open for business’ mantra by sacrificing its own citizens at the altar of expediency and self-aggrandisement? Would they truly prefer seeing us turned into glorified slaves, just as to attract foreign direct investment – investment of which is not even guaranteed as government’s own treacherous policies have, in fact, led to company closures? Indeed, it does certainly appears so.