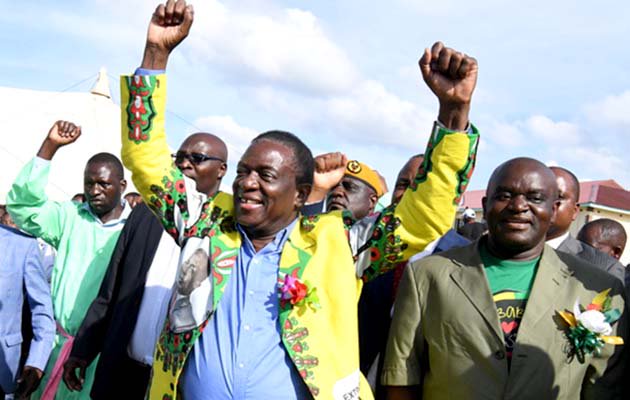 HARARE – There are 75 political parties registered to contest in the looming elections in Zimbabwe — up from 35 that existed prior to 2017. 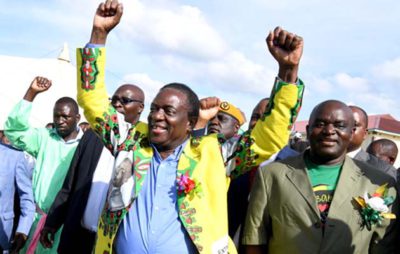 The so-called big league has the MDC Alliance‚ made up of seven political parties whose leaders Morgan Tsvangirai‚ Tendai Biti and Welshman Ncube were part of the original MDC that split in 2005.

They are what is called the “big tent”‚ and have engaged in talks to lure former Zanu PF stalwart Joice Mujuru with her National People’s Party (NPP) for a grand coalition to unseat Zanu PF.

This year’s elections are a high stakes game. The MDC Alliance feel they stand a chance because‚ according to them‚ Zanu PF is weaker without Robert Mugabe.

There is fertile ground to win hearts and minds‚ the coalition believes. Jobs are scarce‚ the economy bad‚ there is hunger and dilapidated infrastructure.

It could be a tough fight for Zanu PF as problems mount because acute foreign currency shortages have translated to a shortage of critical drugs such as anti-retrovirals‚ insulin‚ asthma and diabetes medication.

A recent cholera outbreak that has killed at least four people could expose government’s lack of disaster preparedness and play into the hands of the opposition.

Hence‚ the MDC tent claims to have a magic bullet to the country’s problems. If it wins the election‚ American president Donald Trump will‚ they claim‚ come to the rescue.

He added that the US dollar windfall would only be disbursed if the MDC Alliance won the election.

A Mugabe-free Zanu PF has since resorted to engaging with the same foreign interests that the MDC relied on heavily in the past.

Despite making all the right sounds in a seemingly reformist approach‚ Tara O’Connor‚ director of Africa Risk Consulting London‚ believes that Zanu PF still has a long way to go before the West actually bought in.

At the same time‚ she felt that the MDC had lost considerable ground‚ largely because of its internal politics‚ but it was still the better of the two major political parties.

“I think the MDC is weak and divided and a shadow of its former self. It has suffered not just its own internal wrangling but a sustained battering by the state under Zanu PF control. So I don’t think it (MDC) has lost the West’s support‚“ she said.

In Shurugwi‚ 350km south of Harare‚ Tongai Shoko‚ a subsistence farmer‚ has bitter sweet memories of the election season.

In 2013‚ candidates from across political parties resorted to vote-buying using food aid at a time when an estimated four million Zimbabweans faced starvation.

“We would collect T-shirts from every party and food as well. However‚ this is Zanu PF territory and they work with chiefs to make sure they have our vote if you are not careful you can be beaten by Zanu PF youths. Nonetheless‚ we are faced with a drought and their food can keep us alive‚“ he said.

Zanu PF’s longstanding accusation is that the MDC is funded by the West‚ hence the constant reference to it as “an agent of regime change”.

The State-run Herald newspaper cited unnamed sources in 2017 alleging that the coalition had the support of Western backers who were not willing to fund the MDC alone.

Under the Political Parties Finance Act of 2001 any political party that secures at least five percent of the total votes cast is entitled to receive funding from Treasury.

Based on the 2013 election results‚ only Zanu PF‚ MDC (Tsvangirai) and MDC (Welshman Ncube) qualified.

Last year, the Tsvangirai-led MDC said it was owed US $2 million from the fund.