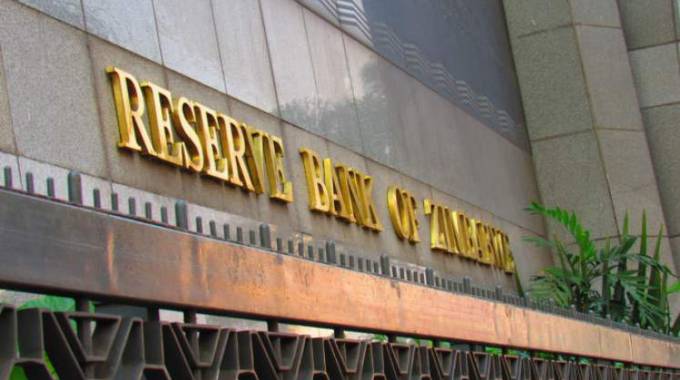 Many could have mistaken plans by the Reserve Bank of Zimbabwe (RBZ) to introduce new notes and coins next week for the introduction of a completely new currency which is not the Zimbabwe dollar.

And yet, the local currency, now known as the Zimbabwe dollar, was introduced back in June 2019.

In the minds of many people, as well as the media — both local and foreign — the coming in of new notes and coins was interpreted as the introduction of a completely new domestic currency.

Reinforcing this misconception were public pronouncements by some senior officials that Zimbabwe would have its own currency before year-end.

In particular, were remarks by Mr Eddie Cross, a member of Monetary Policy Committee, who said last month Zimbabwe will have a “new currency” in November 2019.

Undeniably, the coming in of new notes and coins is part or rather the end of broad currency reforms the country embarked on when the surrogate bond notes were introduced in 2016 to supplement the scarce US dollars in the economy.

The currency reform process was accelerated between October last year and June this year, under the Transitional Stabilisation Programme (TSP), which resulted in the re-introduction of a fully-fledged domestic currency when the Government outlawed the use of multi-currencies adopted in 2009 following the collapse of the Zimbabwe dollar which had been extensively ravaged by hyperinflation.

This was probably the last major phase of the legal restoration of the Zimbabwe dollar.

In June, Finance and Economic Development Minister Professor Mthuli Ncube categorically stated that currency reforms were essentially over and “the only small thing” left was introducing proper banknotes to replace the existing bonds notes and coins.

Faced with a shortage of cash, the central bank introduced the bond notes as a surrogate currency, which it said was supported by a facility from African Import-Export Bank (Afreximbank) which saw it being pegged at 1:1 against the US dollar. While that was the official exchange rate, the bond notes gradually lost value against the greenback.

The foreign payments backlog expanded as the central bank struggled to meet forex demand. The RBZ also struggled to provide foreign exchange for importation of essential commodities such as drugs, fuel, wheat and crude for cooking oil manufacturers.

The process was accelerated on October 1, 2018, when the RBZ directed banks to separate Nostro FCA accounts and RTGS foreign currency accounts in what it said were meant to preserve value for exporters and encourage the inflow of the much-needed foreign currency.

But, even after directing banks to separate the accounts, the RBZ maintained Nostro and RTGS balances will continue to rank equal; that is at a one-to-one ratio.

The liberalisation of the fuel sector in January was another salient phase of currency reforms.

The next major step was the launch of the interbank market after monetary authorities floated the exchange rate in February this year to allow importers and exporters to trade the interim RTGS currency and other foreign currencies. It started trading at 2,5 against the greenback and since rose to 15,70 as of Friday.

In June, the Government announced the US dollar, alongside the South African rand, Botswana pula and other foreign currencies were no longer legal tenders in Zimbabwe. Legally, the country had re-introduced domestic currency — the Zimbabwe dollar.

“We have now reintroduced the domestic currency; Zimbabwe dollar and disallowed the use of other currencies including the US dollar within our borders even though you can hang on to them in your bank accounts, in your pockets, under your mattress, but in the shop you have to use the local Zimbabwe dollar which at the moment is defined as a combination of the bond notes and RTGS,” Prof Ncube told our sister Business Weekly in an interview in June this year.

These will be interchangeably used at par with existing bond notes and coins. The central bank will also inject $2 bond coins.

The move has since been welcomed by the general public, who are hoping the central bank “will walk the talk” by injecting cash.

By increasing the amount of cash in circulation, the RBZ hopes to ease pressures that have seen Zimbabweans paying high premiums for cash.