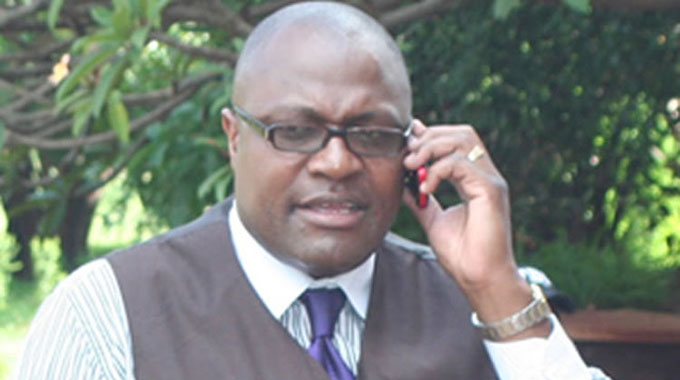 Innocent Ruwende and Panashe Machakaire
The Judiciary and the National Prosecuting Authority (NPA) should not treat each other as pariah institutions, but should execute their joint mandate to rid the country of the vice of corruption, Judicial Service Commission (JSC) secretary Mr Walter Chikwana has said.

Mr Chikwana’s call is in line with Government’s Transitional Stabilisation Programme which aims to eradicate corruption, which is a major source of leakages to public revenues and a cost burden to businesses among other objectives.

Speaking at the NPA two-day Anti-Corruption Training Workshop in Harare yesterday, Mr Chikwana said in the not too distant past, the two entities treated each other as outsiders.

“We were simply deceiving ourselves. Ours is a Siamese relationship. To attempt to separate the two organisations is a fatal endeavour for both of us. This is a relationship which neither of us cannot afford to do without.”

“These uncalled for and egoistic tendencies led to documented failures of the administration of justice. It follows that the NPA and JSC must constantly engage, coordinate and consult each other in order to derive maximum benefit from the synergy,” he said.

Speaking at the same event, Prosecutor-General Mr Kumbirai Hodzi said the collective efforts will help to bridge the gaps in the anti-corruption knowledge base and information sharing space.

“The broad objective of programmes like this workshop is to strengthen the ability of the NPA to implement measures against corruption and economic crimes particularly money-laundering, human trafficking and the financing of terrorism.

“We need to build capacity in our organisation so that we may fully utilise the laws that are in place to seize and forfeit illicit proceeds of crime,” he said.

Mr Hodzi said there was need to break the yoke of corruption.

“Corruption is like a cancer that is slowly choking the life of our State institutions. It is a challenge that affects everyone in the country. Corruption ultimately has a direct impact on the social and economic well-being of the people.

“We all know how corruption erodes the rule of law and where there is corruption you are sure to find that there is no equal access to justice at all,” he said.

He also said justice is not for hire nor is it for sale.

Mr Hodzi said justice should not be for those with money or the elite few who can manipulate governance systems or the judicial process to suit their personal agendas at the expense of national interests and the rule of law.

“Corruption must be effectively combated in order for us to realise sustainable development goal number 16 (Peace, Justice, and Strong Institutions. However, most of the cases are still pending in courts,” said Mr Hodzi.

The NPA has been under fire for failing to prosecute high-profile cases. When Mr Hodzi took over from Advocate Ray Goba who was suspended on allegations of failing prosecute big cases among other charges, he directed the prosecution of at least five high-profile figures on corruption charges.

The workshop which ends today is being carried out in order to build trust and strengthen cooperation between JSC and NPA in the fight against corruption.