Judge recuses self in Ndewere case 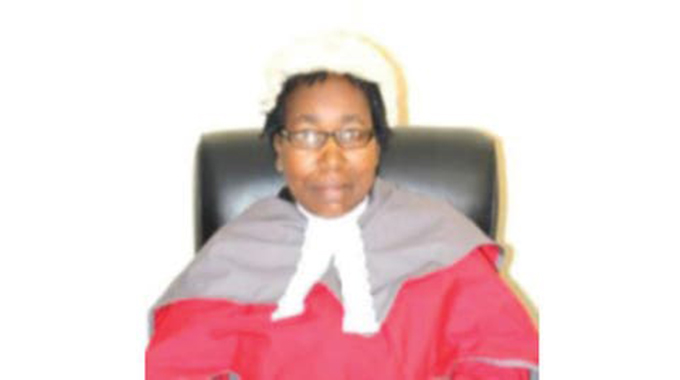 High Court judge, Justice Davison Foroma, has recused himself from the case in which a fellow judge is seeking to interdict President Mnangagwa from setting up a tribunal to investigate her for alleged misconduct.

Justice Foroma’s decision follows an application by Justice Erica Ndewere seeking his recusal from her urgent application to stop the tribunal against her until the determination of the legality of the process followed.

Through her lawyers, Justice Ndewere argued that sitting judges would not easily rule against their superiors Chief Justice Luke Malaba, Judicial Service Commission and Judge President Justice George Chiweshe, all listed as respondents in the matter.

Justice Foroma agreed to recuse himself, stating that he was in the same criminal division as Justice Ndewere, adding that judges in the same division interact closely with each other in a number of collaborative respects.

Although presiding over the case would not influence him in anyway, Justice Foroma felt there was need to maintain collegiality amongst judges to avoid perceptions in the public domain and that it would be in the best interests of justice.

Justice Ndewere is denying the allegations.

She approached the court after the JSC made recommendations to the President to set up a tribunal to look into the question of whether or not she was fit to hold office, reported for slipshod work and delayed judgments.

She is being accused of conduct inconsistent with a judicial officer.

In her papers filed at the High Court last week, Justice Ndewere claimed the misconduct allegations levied against her were victimisation for refusing to comply with “unlawful orders”.

Through her lawyer Ms Beatrice Mtetwa, Justice Ndewere argued that Chief Justice Malaba instituted disciplinary proceedings against her without complying with the provisions of the Judicial Services Code of Ethics Regulations as read together with the Constitution.

Justice Ndewere contends that the JSC prematurely advised the President to set up a tribunal to investigate her without first setting up a disciplinary committee comprising of three judges as per the standard disciplinary procedure for the judges.

She further argued that since the President was in the process of setting up a tribunal to investigate her, if this was not interdicted, her rights would be violated and her dignity impaired.

In addition, the setting up of a tribunal will result in her automatic suspension based on a fatally flawed process, she said.

Justice Ndewere’s suspension from the bench will be automatic by operation of law once the tribunal is put in place.

If the tribunal clears her, she returns to the bench; if the tribunal makes other findings and recommendations, she could well lose her post.

Justice Ndewere becomes the second judge this year to be probed for conduct that constitutes judicial misconduct, and which calls for a tribunal hearing.