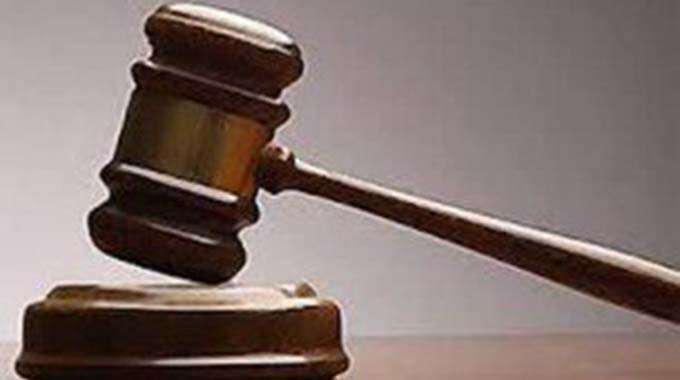 Legal changes are necessary to ensure criminals on bail who lose their appeal in a higher court do appear back in the lower court for their sentence to be effected, High Court judge Justice Pisirayi Kwenda said last week.

He said the current system had no audit mechanism to ensure those out of custody who lose their appeals were accounted for because the law did not impose express statutory obligations on the appellant or their lawyer following determination of the appeal.

While bail is terminated by losing an appeal, in practice, the unsuccessful appellant retains their freedom.

Justice Kwenda said it could be more effective for the appeals court, which dismisses an appeal for any reason to expressly order the appellant to appear before the lower court within a specified number of days for committal to prison.

After his first appeal was struck off, Kazhanje attempted to outfox the justice system by applying for bail pending appeal against a three-year jail term for corruption while in the comfort of his home.

Kazhanje had not turned himself in when his appeal against both conviction and sentence was last month struck off the High Court roll because it was defective and bad at law.

He instead filed a fresh application for bail pending appeal from his home.

The case exposed a loophole in the bail system with regards to bail pending appeal.

Only recently, the Judiciary embarked on a rigorous audit to cleanse the system of idle files involving 1 000 convicted criminals, who appealed separately at the High Court as far back as

2010, but abandoned their appeals after being granted bail.

All their appeals were thrown out and hundreds of warrants of arrest had since been issued against the convicts who have pending jail sentences imposed by lower courts so that they are turned to those trial courts and committed to prison.

Police, armed with the warrants, are now hunting down the criminals.

Scores of the convicts are walking scot-free as police struggle to serve them with the warrants and take them to court.

Between May and July this year, the court dismissed the idle criminal appeals. Most of the criminals in question were convicted of theft, robbery, fraud and traffic offences.

Chances are high that some of the convicts have since died, while others could have skipped the borders. Justice Kwenda said the powers of a court hearing an appeal were confined to deciding the appeal.

If the appeal was dismissed for any reason, the convicted person was supposed to be returned to the trial court for the sentence to be imposed.

“In my view the gap in the law can best be addressed by the bail court which is at large to impose any bail condition on a case by case basis,” he said.

“The bail court may, therefore, depending on the peculiarities of the particular case, impose a condition which either requires the appellant to be present at his appeal or to surrender within a specified period in the event that appeal is dismissed for whatever reason.”

The judge noted that the system also falls short in that once a convicted person is granted bail there is no mechanism to ensure that they prosecute their appeal timeously.

He said the legal provision based on utmost good faith was ancient and out of sync with current realities.

“You do not get any person handing himself or herself in after losing an appeal,” said Justice Kwenda.

Kazhanje remained unaccounted for over 10 days and the State was not even aware. Justice Kwenda said it was the responsibility of the State and not the court to follow up execution of its judgments.

“The function of this court ends with the determination of the matter,” he said.

“The State must, therefore, put in place a mechanism to ensure that the judgments of this court on appeal are executed so that the criminal appeals system does not fall into disrepute.”

However, the judge granted Kazhanje’s fresh application for bail pending appeal stating that his prospects of success on appeal are high.

Kazhanje, who was serving his sentence at Chikurubi Maximum Security Prison, was granted $1 000 bail by the Harare High Court last year. He was convicted of taking a US$10 000 bribe from Intratrek Zimbabwe, a company which had been awarded a US$172 million tender to build a 100 megawatt solar power plant in Gwanda.

The court heard that Kazhanje was paid the money to influence him to stop the ZPC board from cancelling the tender after Intratrek, which is owned by Harare businessman Wicknell Chivayo, was accused of breaching its contract.

Kazhanje claimed the money was paid for past engineering consultancy services he had performed for Intratrek. The court also heard he had not declared this information to those who were supposed to be told.