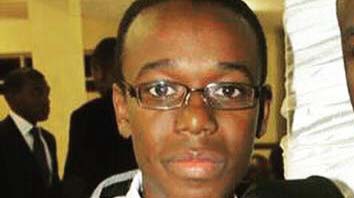 Junior doctors yesterday formed a new representative body under the banner of the Progressive Doctors’ Association of Zimbabwe (PDAZ).

PDAZ said it had been moved by the plight of patients, especially after the indefinite job action that began on September 3.

Speaking at a launch of the association in the capital yesterday, PDAZ president Dr Benson Dandira said the new union comprises of doctors who are dedicated to saving lives.

“We have seen the unfolding events in the nation’s health sector. Our consciences are heavy and our hearts are bleeding. Our people keep suffering unnecessarily and are dying from preventable diseases, someone has to do something.

“Ours is an apolitical association. We owe our allegiance to the profession and our patients,” he said.

Dr Dandira implored Government to fix the deplorable situation in public hospitals, where drugs are in short supply and equipment is inadequate.

Junior doctors have been pushing for US dollar-indexed salaries and have previously rejected Government’s proposed salary reviews.

At the height of disagreements with their employer (the Health Services Board), junior doctors – who were then represented by ZHDA – withdrew from the Health Apex Council, which represents all workers in the health sector.

PDAZ secretary-general Dr Sitshengisani Vuma told The Sunday Mail that the new union is ready to work with Government.

“We met with colleagues and we said, look, it has been 81 days and are patients not being attended to in hospitals? And some of our colleagues are getting hungry since they are not receiving salaries.

“ZHDA using their official twitter handle has been insulting some senior Government officials and we feel that is not acceptable. Ours is an apolitical grouping,” he said.

“What we want is a living wage. . .  We would not want it to be fixed on the interbank rate because we understand the impact it has on the rest of the civil servants.”

Dr Vuma said engagement with Government will begin as soon as the Health Service Board confirms official registration.