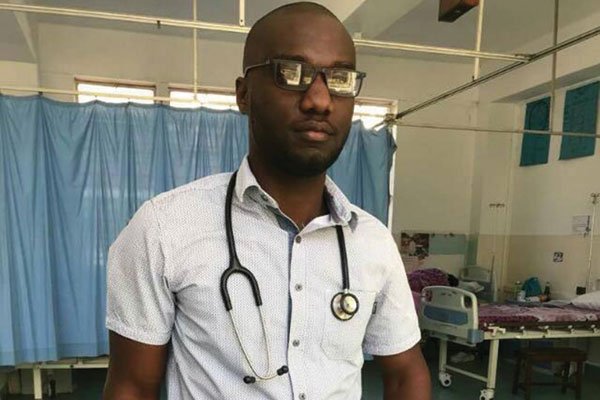 THE over 500 suspended junior doctors at public hospitals have vowed to snub disciplinary hearings scheduled for today at their various work stations around the country and continue with their industrial action until government has acceded to their demands for improved working conditions.

The doctors are demanding to be paid in United States dollars, among other demands, but government has turned down the request, saying it had no capacity to do so.

The striking doctors were advised to appear for disciplinary hearings after government ruled their industrial action as illegal. This comes as negotiations to end the strike culminated in a stalemate.

Acting President Constantino Chiwenga, who was tasked with resolving the dispute, ordered their suspension through the Health Services Board on Christmas Eve.

“We have been notified of disciplinary hearings across all central hospitals tomorrow (today), and as for the time and other details, we have not been advised,” he said.

Asked on whether they would attend the hearings, Bhebhe said: “Nope, no one is going.”

Harare Central Hospital chief executive officer, Nyasha Masuka confirmed the pending hearings, adding that his hospital had only managed to notify a few doctors on the matter.

“We are trying to get hold of them through the human resources office, which will be conducting the disciplinary hearings tomorrow [today], but only a few have been notified,” Masuka said.

Meanwhile, the ZHDA yesterday revealed that government signed a legally binding agreement to pay doctors in US dollars last March, but was reneging on its commitment.

The doctors made the disclosure while responding to Chiwenga’s recent remarks that government would not pay any of its workers in foreign currency.

In a statement yesterday, the doctors said:“The employer agreed through signed legally binding agreements in March 2018 to pay the doctors in United States dollars.
Doctors are, therefore, asking the employer to honour the agreement. The need comes as a result of the harsh economic situation which has seen the Real Time Gross Settlement salaries being devalued by nearly four times on the market whether officially or unofficially.”

Chiwenga, in his statement, accused the doctors of negotiating in bad faith, describing them as insensitive and being driven by political forces.

But the doctors hit back, accusing government of lying that it had given in to most of the doctors’ demands except two — the US dollar salaries and car import loan facility.