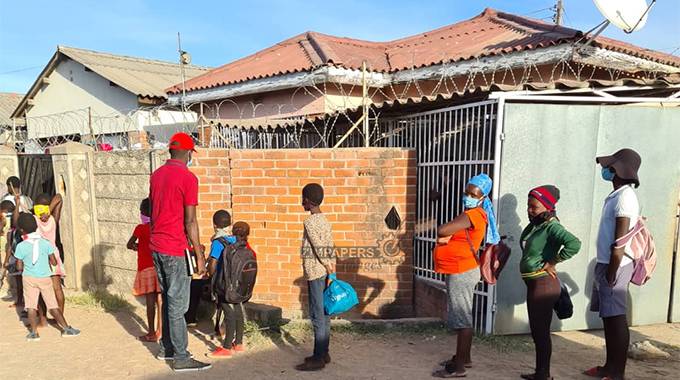 The re-opening of the kitchen by Chitungwiza Municipality follows a public outcry over its closure, as it served more than 1 600 locals.

Blessings Chidakwa Municipal Correspondent
A kitchen run from a house in Chitungwiza has been re-opened a few days after it was closed for failing to follow registration procedures.

The re-opening of the kitchen by Chitungwiza Municipality follows a public outcry over its closure, as it served more than 1 600 locals.

Ms Samantha Muzokori who runs the kitchen with her partners, confirmed the re-opening after meeting council official this morning

She has, however been instructed to move from the house to a better place inside a former pre-school while the regularization process is done.

She also agreed to have her team screened for Covid-19 and other diseases during course of operation.

“Yes we have given a new location. We are working with council on setting it up and will give a full statement on twitter with details later today,” he said.

Chitungwiza Municipality spokesperson Mr Lovemore Meya said council will also issue a statement during the course of the day.

The shutdown has caused a stir even on social media platforms, on Twitter Norton legislator Temba Mliswa had blasted Chitungwiza Municipality for poorly handling the case.

“Kitchen for the vulnerable was a poor and insensitive application of the law. Alternative humane measures could have been used, giving her time to register and allow the assistance of the vulnerable to continue,” he said.