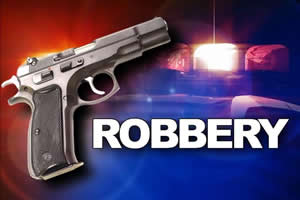 Nyore Madzianike Senior Reporter
A cornered robber, who was allegedly part of a gang that stole US$59 000 from a businessman after posing as police officers enforcing lockdown regulations in Harare city centre, surrendered himself to the police, a court heard.

Nyaradzai Wisdom Mazviwanza (34) appeared at the Harare magistrates court yesterday charged with robbery. He was not asked to plead to the charges when he appeared before magistrate Richard Ramaboa, who remanded him out of custody to May 27. Three alleged accomplices – Simba Kanyepi (24), an illegal foreign currency dealer who works for and stays with the victim, Hemish Chagadama (32) and Shingai Mazviwanza (29) – have since been arrested after robbing Mr Luke Kwezera. They were each freed on $5 000 bail.

It is alleged that on April 24, Mr Kwezera decided to go to a car sale in Newlands to see a client who wanted a lot of cash in United States dollars. At around midday Kanyepi, who was in the same car as Mr Kwezera, texted Chagadama and Shingai Mazviwanza and told them that his boss was carrying US$59 000 in his car. He disclosed where it was hidden and where they were going. The gang members raced to the same car sale.

They told Kanyepi not to continue texting them since they had spotted the two and were following them. After the intended money transaction had failed, Mr Kwezera passed through town on his way home. Chagadama, Mazviwanza and others who are still at large suddenly blocked Mr Kweredza’s car at the intersection of Sam Nujoma Street and Robert Mugabe Road in the city centre.

Three of the robbers were wearing police uniform and holding batons. They reportedly confronted Mr Kwezera demanding his permit to move around since the country was under lockdown. Then they allegedly slapped him, took his car keys from the ignition, handcuffed and bundled him into the back seat. They searched him and took his three cellphones, a Samsung J4, Samsung M30 and Samsung M20.

In the melee, a silver Mercedes Benz arrived with other members of the gang. The gang grabbed the US dollars, and kept Mr Kwezera and Kanyepi who was still pretending to be a victim, in his car saying they were driving the two to Rhodesville Police Station.

Instead, they drove Mr Kwezera’s vehicle to the roundabout at the intersection of Mutare Road and Harare Drive, where they removed the handcuffs and dumped him. Chagadama and Mazviwanza bought vehicles with their share of the loot two days after the robbery.