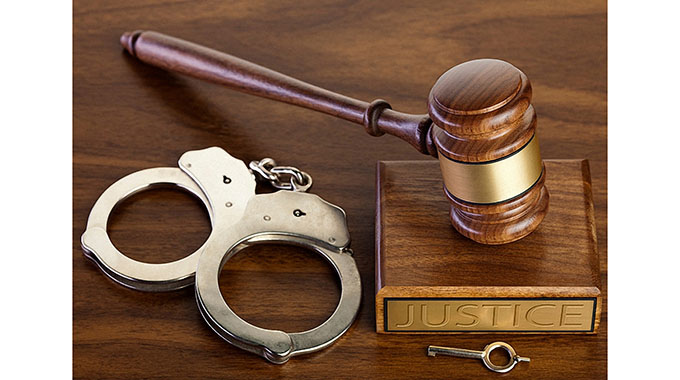 Nyore Madzianike Senior Court Reporter
FORMER Natpharm acting managing and operations director Zealous Nyabadza allegedly improperly bought 1 400 surgical masks as a NatPharm order in May last year for $54 600 and then resold them for private profit to the Zimbabwe Medical Association for $68 600 before trying to have documents created to legitimise the transactions, a court heard yesterday.

Nyabadza was arrested on Wednesday and yesterday appeared before senior Harare regional magistrate Mr Trainos Utahwashe charged with criminal abuse of office. Nyabadza, represented by Mr Blessing Mudhara, was not asked to plead to the charges.

He was only caught when NatPharm would not pay the original supplier because there were no quotations.

The court heard that on May 19 last year Nyabadza received 28×50 boxes of 3-ply surgical masks worth $54 600 from Sacred Heart Pharmaceuticals without following proper procurement procedures, but signed the delivery note confirming he had received the masks.
Nyabadza allegedly went on to re-sell the same consignment to Zimbabwe Medical Association for $68 600 but before they were receipted by NatPharm Strategic Business Unit department. So although Sacred Heart had a record that the masks were delivered to NatPharm there was no record that NatPharm had received them and no procurement records.

Nyabadza allegedly started trying to tamper with evidence and create evidence a month later. He allegedly asked the procurement department to raise an internal purchase requisition, which was supposed to have been raised by the Strategic Business Unit. The dealing came to light on July 1, last year after the accounts department failed process payment for Sacred Hearts Pharmacies since there were no quotations.

Nyabadza is alleged to have tried to acquire quotations through procurement clerks but failed.

Appearing for the State at yesterday’s bail application, Mr Ephraim Zinyandu and Mrs Nancy Chandakaona were opposed to bail saying Nyabadza had already allegedly demonstrated his propensity to interfere with witnesses and evidence when he attempted to doctor procurement documents. Five of NatPharm employees had already told police that Nyabadza attempted to tamper with evidence.

The police investigating officer, Detective Assistant Inspector Amos Mushayavanhu, called by the State to give evidence against granting the application for bail, said the State already had a strong case against Nyabadza, but investigations were still in their infancy and would need another month to complete.

“When this offence was discovered the accused person attempted to conceal evidence. He brought in his former workmates to originate documents with intentions to cover up the offence and some of these documents were recovered. Five witnesses have already fingered him and we have recorded statements. Their narrations pointed fingers at the accused.

Detective Assistant Inspector Mushayavanhu said Mazvita Mahere, Nesbert Tsaha, a person called Clemence and Tichaona Ruvhayi, all employed at NatPharm, told police that Nyabadza attempted to tamper with documents.
Nyabadza was remanded in custody until today when he is expected to make his bail submissions.