JUST IN: Grace Mugabe was a ghost student, court told . . . 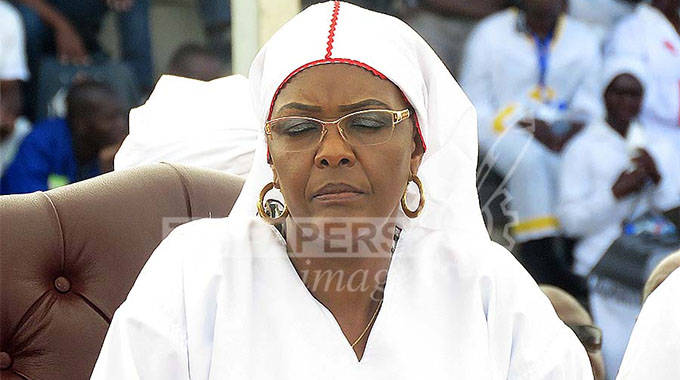 The third witness in the trial of suspended University of Zimbabwe Vice Chancellor Levi Nyagura has told the court that the former first lady Grace Ntombizodwa Mugabe was a ghost student and appeared from nowhere.

Doctor Watch Ruparanganda who was chairman of the department of Sociology and senior lecturer during that period stated that he doesn’t know Mugabe and neither does she also know him.

“Some of the duties of my board was to ensure that the enrolment of the students is in accordance with the regulations.

“I don’t even know Grace Mugabe and even if she was here she wouldn’t have known me, she just appeared from nowhere, and it was through grapevine that I heard that she was graduating with a PHD degree,” he said.

Dr Ruparangada further stated that Mugabe was a ghost student as the board did not have any knowledge of her and the topic she was researching.

“As the board, we were supposed to have known her qualifications to avoid enrolling standard six students.

“Mugabe was supposed to have seen me as the chairman like what other candidates like Thokozani Khupe did,” he said.

Dr Ruparangada said Professor Nyagura knew very well that for one to supervise a PHD candidate, he or she had to have the qualifications but he chose to select an unqualified friend of his to supervise the ghost student.