JUST IN: Machete gang raids mine, gets away with firearm, cash

Source: JUST IN: Machete gang raids mine, gets away with firearm, cash | Herald (Africa) 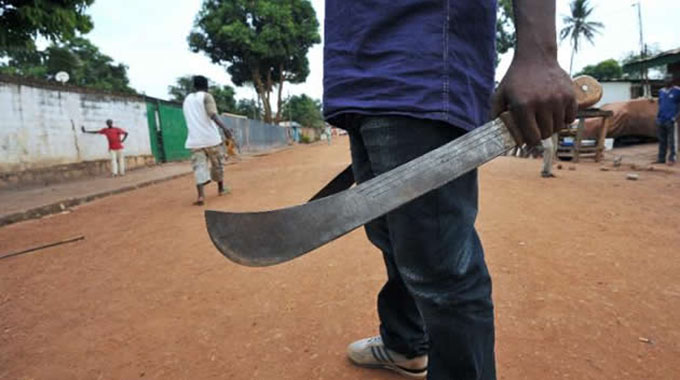 Just a few months after police tamed the machete gangs in a major operation, a gang of robbers armed with machetes and knobkerries raided the Circle V mine in Shurugwi and stole a firearm and $5 000 cash, stabbing and injuring one mine employee in the process.

Management said the money was part of the float used to buy gold at the mine.

He said the two then suddenly bundled up the security guard and wrestled away his firearm.

“Meanwhile, their other colleagues who were armed with machetes arrived and tied up the security guard who was now defenceless. They broke into an office and got away with $5000 cash,” he said.

Mr Masuka said one of the mine workers was injured after he tried to resist orders from the suspects.

“They told the other mine workers who were present to lie down but one employee who attempted to resist was stabbed and sustained some injuries,” he said.

Mr Masuku said the matter was reported at Shurugwi Police station who attended to the scene.

“Officer in charge Shurugwi Inspector Navison Munyonga came to the scene with armed police but the suspects had already disappeared. There has not been any arrest so far,” he said.

Midlands provincial police spokesperson, Inspector Joel Goko yesterday said he was still to get the details of the incident.