JUST IN: Masango in fresh charges 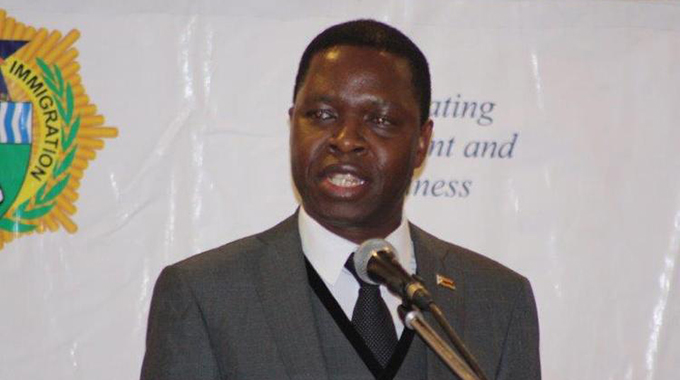 Zvamaida Murwira Senior Reporter
The Zimbabwe Anti-Corruption Commission (Zacc) has summoned suspended Registrar General, Clemence Masango in connection with fresh charges related to abuse of fuel coupons in a scam that the investigating body alleged prejudiced the central registry department of over $100 000.

Zacc has since arrested two officials from the RG’s office on Tuesday who were implicated in the scam and are expected to appear in court soon.

The anti-graft body today summoned Masango to their offices today to interrogate him about allegations that he and his two accomplices abused fuel coupons through claiming more than approved quantities of fuel and use them for personal errands.

Those arrested on Tuesday are Benjamin Makiwa who was a transport officer in the department and Arthur Mathews who was employed as Masango’s personal driver.

Zacc spokesperson, Commissioner John Makamure has confirmed they were keen to interview Masango and that they had arrested two other persons although he could not give further details.

“There are several and widespread investigations that are currently ongoing in various Government departments including the Registrar General’s Office,” said Comm Makamure.

Masango is currently on suspension without salary and allowances after he was arraigned before the courts facing charges of criminal abuse of office as a public officer after he allegedly instructed CMED to buy a double cab and six single cab pick-up trucks without Cabinet approval before using the vehicles at his farm.

He said he found no reason to seek authority from accounting officers as CMED is mandated to procure vehicles on behalf of the Government.
Masango also denied misusing Government vehicles at his farm saying he only acquired the land in December last year.