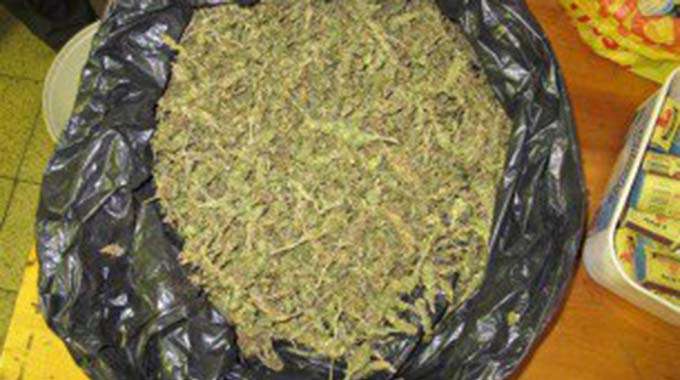 A 21-year-old woman was jailed for three years by a Harare magistrate after she admitted to possessing more than 4kg of dagga.

Ratidzo Chidume of Chinhoyi, was initially jailed for four years before magistrate Mrs Barbra Mateko set aside a year from her prison term.

The year was suspended on condition that she does not commit a similar offence within the next three years.

She was charged with unlawful possession of dagga.

Chidume, who was arrested in Westgate on her way to Harare to trade the dagga, said she was only an employee.

She, however, did not reveal her employer in court.

Mr Marlven Mapako, prosecuting, had it that on March 17 detectives spotted Chidumo carrying the 4kg of dagga worth $9 500.