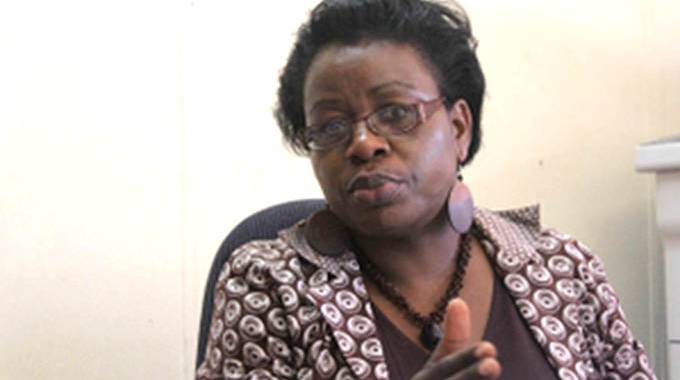 THE director of Epidemiology and Disease Control in the Ministry of Health and Child Care Portia Manangazira yesterday asked for a trial date, saying she wants to clear her name.

Manangazira said she has since been suspended from work and has since been barred from visiting her workplace pending finalisation of her criminal case at court.

Through her lawyer Mr Garikayi Mhishi, Manangazira challenged the State to furnish her with a trial date within the shortest period of time and opposed to be remanded for another month.

This was after prosecutor Mrs Netsai Mushayabasa applied for the postponement of the matter to April 23 indicating that investigations were still on-going.

Mrs Mushayabasa told Harare regional magistrate Mr Stanford Mambanje that the State will be in a position to inform the court on the stage of investigations.

Manangazira is alleged to have paid facilitation fees to undeserving ministry staff, flouting tender rules when she bought US$280 529 of goods and services and illegally diverted diesel coupons for 3 290 litres to private vehicles.

The money was part of funds meant for training workshops for community health workers who were to raise Covid-19 awareness around the country.

Said Mrs Mushayabasa: “I have liaised with the investigating officer who indicated that they wanted another month to complete investigations.

“On the next remand date, we will be in a position to tell the court the stage of investigations. This is why we have applied for the matter to be remanded to April 23.”

Mr Mhishi then opposed the application saying they wanted to be given a short remand and furnished with a trial date.

“Accused has been barred from attending the workplace and suspended from work,” he said.

“We want the matter to be finalised as quickly as possible as she wants to clear her name. A remand of a month is too much.

“We propose two weeks considering that police had promised that investigations will be completed within two weeks. We apply a date earlier than that, say to April 12, 13 or 14.”

Mr Mambanje ruled in the State’s favour and remanded the matter to April 23 for her routine remand.