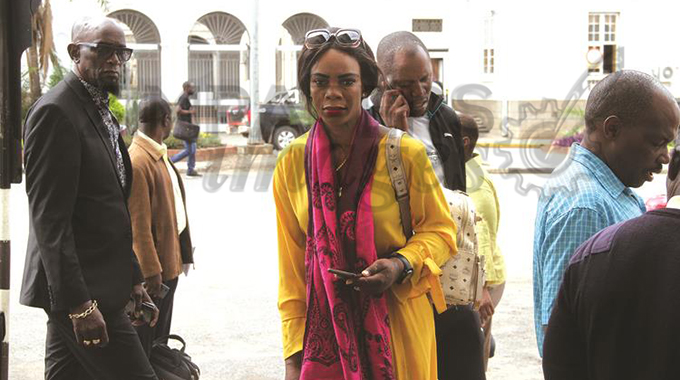 Yeukai Karengezeka Court Correspondent
The High Court has today dismissed an application filed by Vice President Constantino Chiwenga’s estranged wife Marry Mubaiwa in which she was seeking to have access to her children and matrimonial home pending the hearing of an appeal filed at the Supreme Court.

VP Chiwenga recently challenged High Court Judge Justice Christopher Dube Banda’s ruling that gave Mubaiwa the green light to reside at the Borrowdale mansion and have access to the couple’s children and properties pending trials of the numerous charges she is facing.
The charges are attempted murder, fraud, assault and money laundering.

However, the Supreme Court appeal is expected to be heard next month. High Court judge, Justice Judith Mushore handed down the ruling today on behalf of Justice Owen Tagu indicating that her arguments lacked weight.

“The application for leave to execute pending appeal is hereby dismissed. The order (Banda’s) will not be operational until the case is heard. The applicant is also ordered to pay the cost of the suit,” said the judge.

Last week, High Court upheld the appeal made by Vice President Chiwenga for variation of her bail, particularly that she lives in a different house from the Vice President and that she surrenders her diplomatic passport. Justice Pisirayi Kwenda agreed that Mubaiwa should not return to their matrimonial Borrowdale home, which was a condition of her bail in the earlier charges, until all matters before the courts were finalised, since it would be impossible for the couple to co-exist peacefully, as VP Chiwenga is the complainant in the attempted murder case.

She was ordered to reside at her parents’ home in Glen Lorne. Mubaiwa, was also granted another $1500 bail by the High Court after she allegedly assaulted the family’s maid named Delight Munyoro at Hellenic School in Borrowdale following an altercation over custody of children a fortnight ago.