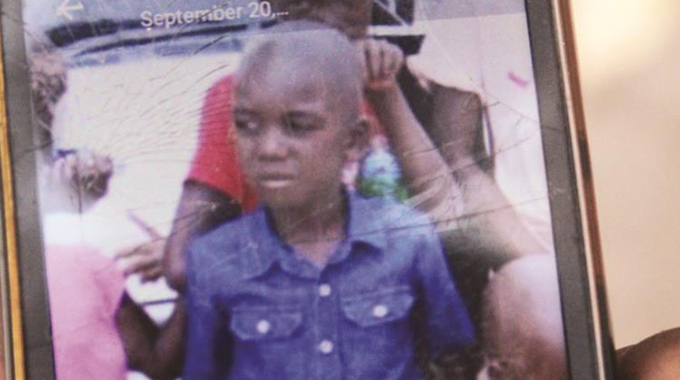 National police spokesperson Assistant Commissioner Paul Nyathi said the uncle to the deceased is alleged to have worked with one Tafadzwa Shamba in killing the seven-year-old-boy.

Shamba has since been arrested.

“Police have arrested the deceased’s uncle in connection with the murder incident. He was arrested yesterday. Allegations are that the uncle assisted Tafadzwa Shamba in this case and he is the one who took the head to a witch doctor.

“Police are now looking for the witch doctor,” he said.

Tapiwa went missing on September 17 after he was allegedly kidnapped while looking after his parents’ garden.

His body was found the following morning, with some parts, including the head missing.