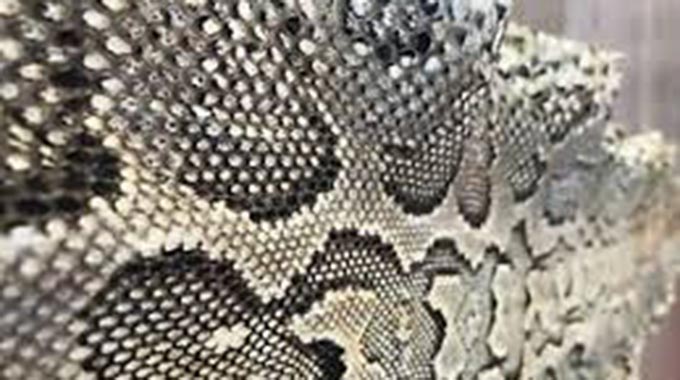 A SIAKOBVU traditional healer was recently arrested while trying to sell a US$2 000 worth of python skin to Zimbabwe Parks Authority (ZimParks) rangers.

Matirikisi Dzomba, 51, of Gweshe 2 village in Siakobvu last week appeared before Chinhoyi magistrate, Mr Tendai Banda for contravening Section 45 (I) as read with Section 128 (b) of the Parks and Wildlife Act chapter 20:14, which pertains to “possession of a python skin without a permit.”

He pleaded guilty and was remanded in custody to 26 March.

The regional court is expected to hand down sentence.

It is the State’s case that on February 2, at Gweshe 2 village, Chief Nebiri, Siakobvu at around 5:30pm, ZimParks ranger Herbert Makiyi received a tip off that Dzomba had a python skin at his homestead.

The two misrepresented that they wanted to buy to python skin.

Dzomba went into his house and emerged with a small sack containing the skin, which led to his arrest.