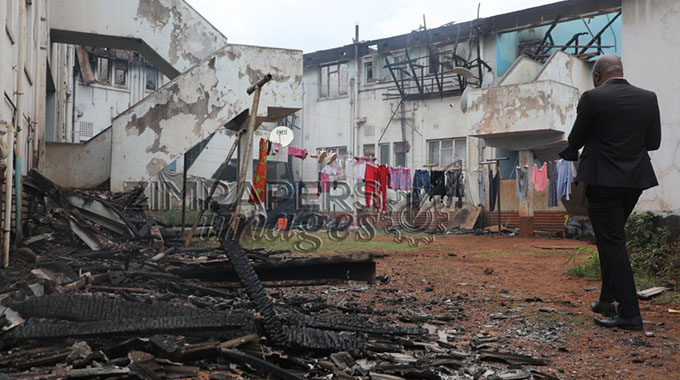 One person was seriously injured while property worth hundreds of thousands of dollars was destroyed in a fire that broke out at Chirundu Court near Divaris Shopping Centre in Belvedere, Harare this morning.

The fire, which completely destroyed the entire second floor of the City of Harare owned-double storey building, is reported to have started after a gas tank exploded in one of the apartments. Tenants on the building said officers from the emergency services failed to respond in time and the first truck to arrive did not have enough water to put out the fire.

They said the second truck arrived when half of the floor was already burnt down. “If the trucks had come in time and with enough water, some of the apartments could have been saved,” said an anonymous tenant.

The injured, only identified as Jenny is the owner of the apartment where the fire started. She was taken to a local hospital for treatment.

Two other residents were trapped but later rescued by a visitor to the building.