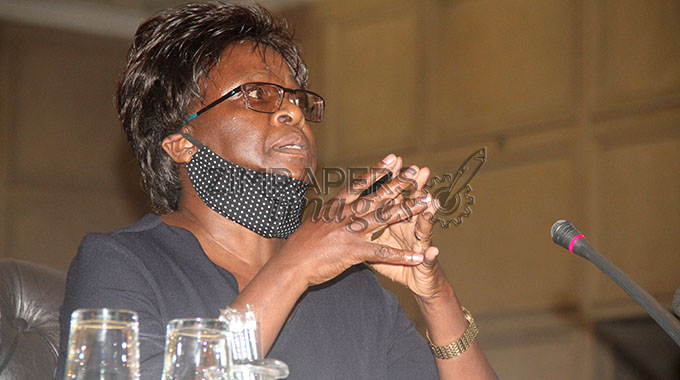 Public interviews for Constitutional Court judges are currently underway at a hotel in Harare.

Due to Covid-19 regulations, the public cannot attend but proceedings are being beamed on ZBC TV and a number of online platforms.

There are 12 shortlisted candidates and five available spots.

So far, Justices Chinembiri Bhunu and Paddington Garwe have faced the interviewing panel made up of Judicial Service Commissioners including Chief Justice Luke Malaba, Judge President George Chiweshe and Attorney General Advocate Prince Machaya among others. Chief Justice Luke Malaba poses questions to one of the candidates

The Supreme Court and Constitutional Court benches were split in May this year in compliance to the 2013 constitution which stipulates the separation of personnel manning the two courts.

Initially, the Judicial Services Commission were supposed to hold these interviews in the first week of September but they postponed seeking to ensure that Covid-19 regulations are well adhered to.

However, it has emerged that Justice Donald Stevenson Corke is out of the country and will not be able to attend the interview, while Justice Charles Hungwe is also said to have pulled out of the race.
The bench will be comprised of seven judges, Chief Justice Luke Malaba and his deputy Justice Elizabeth Gwaunza who have automatic seats as per regulations as well those who will emerge successful from the ongoing process.