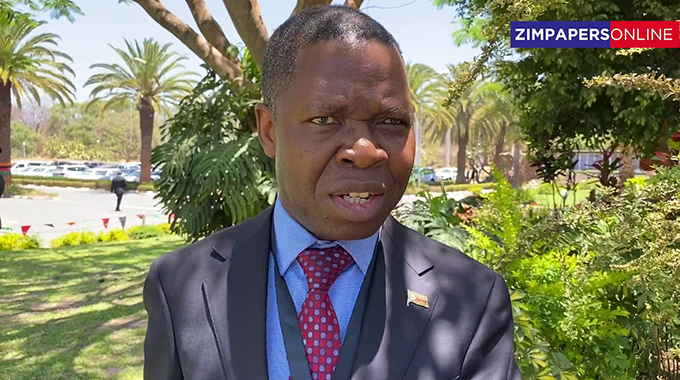 The trial of suspended Registrar General Clemence Masango, who is facing criminal abuse of office charges over vehicle purchases, continued yesterday with the State calling the former chief accountant in the department, Mrs Ndanatsei Elizabeth Gota, to the stand.

Masango is alleged to have instructed CMED to buy a double cab and six single cab pick-ups without Cabinet approval.

Mrs Gota told the court that the procurement process had been started by former Registrar Tobaiwa Mudede with a request for 11 Isuzu pickups.

“Upon becoming the Registrar General Clemence Masango had proceeded to alter the procurement order to include a Ford Ranger Wildtrack that was not part of the initial order,” she said. Due to this the department could only receive five of the Isuzu trucks as the money for the other 6 had been used for Masango’ s Ford Ranger Wildtrack.”

According to Gota, Masango flouted procurement procedures in doing this and she had raised the issue up with him and he had insisted on the change in the order.

On October 29, the State alleged that Masango wrote to Mr Matshiya requesting authority to purchase two Toyota Land Cruisers 200LC vehicles to improve access to district registries and sub offices that had become inaccessible due to rugged terrain.

The request was approved on November 5, but before the vehicles were purchased Matshiya reversed the approval through a letter written in November 2018 addressed to Masango citing a shift in Government policy regarding purchase of vehicles. Masango allegedly acknowledged receipt of the letter and instructed Mrs Gota, to take note and comply.

The State alleges on January 18 last year Masango then unlawfully and corruptly originated a memorandum to Mrs Gota instructing her to facilitate initial documents meant for purchase of Land Cruisers and transfer US$78 505 towards purchase of a Ford Ranger double cab and for purchase of five Isuzu Lite single cabs without Cabinet authority and approval from the ministry.

Acting on the said instructions, Mrs Gota wrote to a branch manager at FBC Bank authorising him to make payments of US$78 505 to Duly’s Motors (Pvt) Ltd’s Stanbic Bank account to buy the Ford Ranger Wild Track vehicle and a further US$95 291 was transferred to CMED FBC account for purchase of five Isuzu Lite single cabs.

The State also alleges that Masango further directed Gota to write to CMED instructing them to purchase the required Ford Ranger from Duly’s Motors Pvt Ltd and it complied. A total of six vehicles were then subsequently delivered to the Civil Registry department.

We know where we are going: ED

Covid-19 response moves a gear up