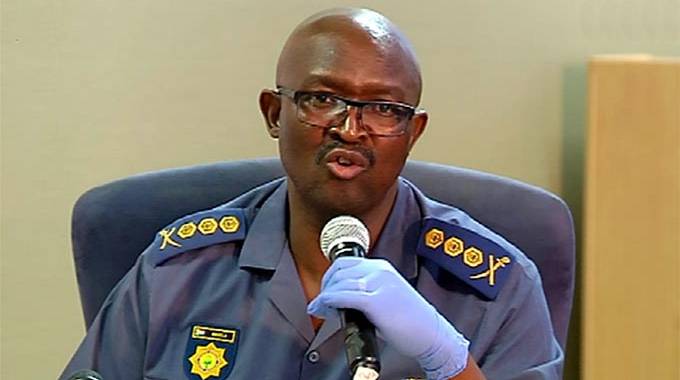 Crime Reporter
SOUTH African police (SAPS) have arrested six men believed to be Zimbabweans after they intercepted haulage trucks carrying cigarettes worth millions of rand that had been smuggled into that country.

The suspects were arrested after a joint intelligence operation by the SAPS and the South African Revenue Service (SARS) in Eldorado Park, Johannesburg.

The cigarettes included brands such as Remington Gold, Chelsea, Royal Express and Premium.

In a statement SAPS said: “Six suspects were arrested after the integrated team discovered the suspects in the process of loading boxes of illicit cigarettes onto a number of trucks, which were allegedly going to be dispatched to a destination yet to be confirmed.

“Preliminary reports suggest that the crime scene at an industrial site in Eldorado Park, Johannesburg, was being used as a distribution point where alleged traders and in this case, the six arrested suspects, would collect the illicit cargo for further distribution and sales.”

The possibility of more arrests have not be ruled out and the Directorate for Priority Crime Investigations (Hawks) will take over the case for further investigation.

Limpopo police spokesperson, Brigadier Motlafela Mojapelo said the recoveries were made between June 8 and June 16 during ongoing operations to curb smuggling along the border with Zimbabwe.

He said the suspects were charged for illegally dealing in cigarettes and contravening sections of the Customs and Excise Act.

Meanwhile, a 42-year-old woman was arrested by police at a roadblock along the N1 road between Beitbridge and Musina after she was found in possession of explosives.

Preliminary investigations indicated the explosives belonged to the woman who was a passenger in the vehicle and had been smuggled from Zimbabwe.

The woman was then arrested.