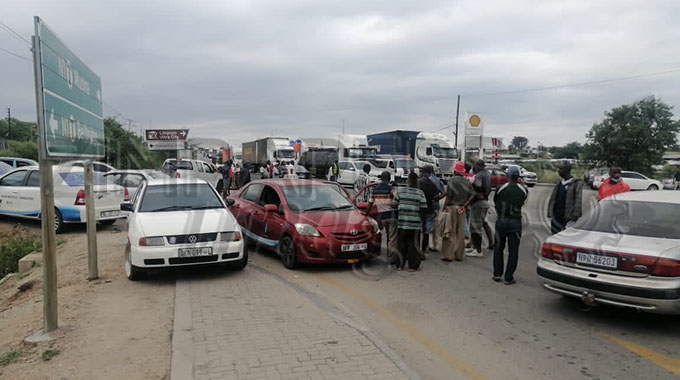 South African taxi operators have blocked traffic at their component of the Beitbridge Border Post in protest of Zimbabwe’s delay in opening its land borders.

A source from South Africa said scores of taxi owners have parked their vehicles between the border entrance and the Shell filling station, blocking all outgoing and incoming traffic in that country.

The official said the protesters were claiming that the state of affairs was affecting their revenue inflows since few people are currently using their services.

“They are saying the rigid trucks (light commercial) and other Zimbabwean registered vehicles must not be allowed entry into that country until Zimbabwe fully reopens its borders.

” In addition, they are demanding that the cross border transporters known as Omalaitsha be allowed to transport goods into Zimbabwe,” said the source.

Another border official said the gates to the South African side had been closed to avoid a spillover of the protesters into the border.

Limpopo police spokesperson Colonel Moatshe Ngoepe said he was yet to get more information on the border situation.