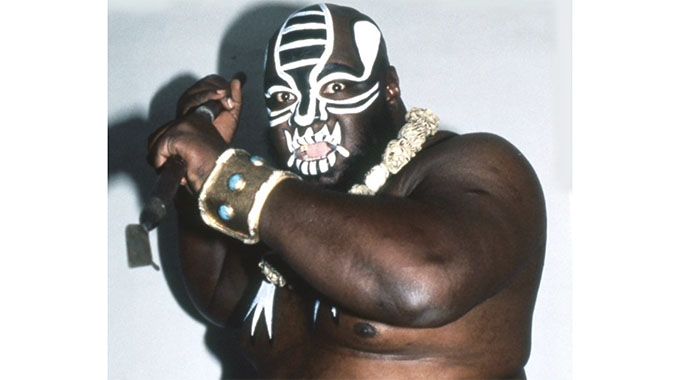 The former powerhouse – who was 6ft 7in tall – starred for Vince McMahon’s wrestling company during the late 1980s and early 90s.

However, he has now passed away after complications from coronavirus.

His autobiography’s co-author, Kenny Casanova, wrote on Facebook: “Just got off the phone.

“Unfortunately, the rumors were correct. To make matters worse, it was Corona that took him; he was one of the good ones.

“Kamala was one of the most believable monsters in wrestling.

“He played the role perfectly, but was also one of the nicest guys you could meet.

“In helping him get his book out there, we became pretty close over the years and I am happy to have been his friend…”

WWE issued a statement late last night saying: “WWE is saddened to learn that James Harris, known to WWE fans as Kamala, has passed away at age 70.

“Under the frightening face paint of Kamala, the 6-foot-7, 380-pound Harris battled the greatest Superstars in sports-entertainment history, including Hulk Hogan, The Undertaker and Andre the Giant.

“He terrorized opponents and thrilled audiences in Mid-South, World Class Championship Wrestling, WCW and WWE until 2006.

“WWE extends its condolences to Harris’ family, friends and fans.”

Harris began his career as the Mississippi Mauler and Sugar Bear Harris.

He later transformed into his Kamala character and enjoyed great success.

Nicknamed “The Ugandan Giant”, Kamala’s character was a fearsome warrior who often carried a spear and a shield.

However in recent years he has suffered with diabetes and needed to have both legs amputated during a series of health battles. – The Sun