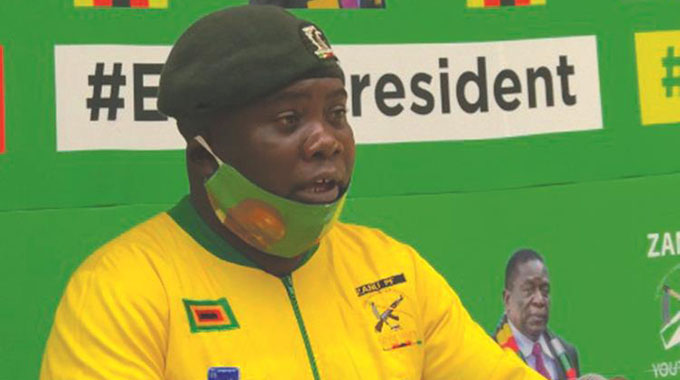 Zanu PF youths have been advised not to use the social media to destroy the party, but strengthen structures ahead of the 2023 harmonised elections.

Speaking during a Provincial Coordinating Committee (PCC) at the party’s Mashonaland East provincial headquarters in Marondera on Sunday, Acting Youth Affairs Secretary Cde Tendai Chirau said: “We are worried at the continued abuse of social media platforms and the majority are youths.

“The leadership of the party will take disciplinary action on those party elements who want to destroy the party’s future.”

Cde Chirau said social media platforms should be used to build the party by advancing programmes.

Turning to youths who won during District Coordinating Committee (DCC) elections, Cde Chirau said: “I urge my fellow youths who won the DCC positions to seek guidance from the party’s leadership.

Let’s respect our elders, they fought to bring liberation to this country.

“We should display peace, unity and development amongst ourselves as we are geared towards 2023 elections.

In politics you won’t succeed if you don’t respect the leadership.

“The Youth League is a wing of the party and you cannot fly alone without the main wing.

I encourage youths to be visible and mobilise for 2023 with guidance from the main wing.”

Zanu PF national Political Commissar Cde Victor Matemadanda said youths should know their roots and seek guidance from the party’s leadership if they were to succeed.

Cde Matemadanda added that youths must use their positions for the benefit of the people.

Newer Post
JUST IN: Emirates increases flights to Harare and Lusaka
Older Post
ZLHR commemorates the International day for the right to the truth