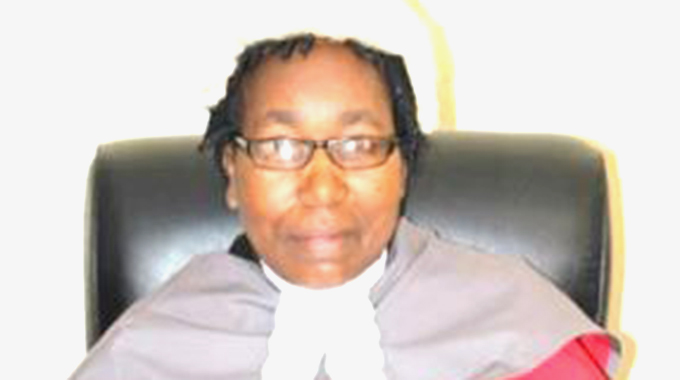 THE war of attrition between suspended High Court judge Justice Erica Ndewere and Chief Justice Luke Malaba dramatically escalated during yesterday’s hearing to determine legality of the tribunal appointed to probe her suitability to continue in office after she openly accused the head of the Judiciary of employing double standards.

In her submissions, Justice Ndewere’s lawyer Beatrice Mtetwa accused Chief Justice Malaba of employing double standards as he had names of 17 judges with outstanding judgments, but opted to single her out for victimisation.

She said this amounted to pure victimisation.

The explosive encounter in court lasted six hours, with Justice Ndewere asking Justice Sunsley Zisengwe to set aside the tribunal that was appointed by President Emmerson Mnangagwa on November 5, 2020.

She is contesting the appointment of Justice secretary Virginia Mabhiza as secretary to the tribunal saying as a member of the Executive, she was conflicted.

The beleaguered judge is being accused of gross misconduct and incompetence as she allegedly sat on dozens of pending cases, but argues her suspension was part of victimisation by Chief Justice Malaba for refusing to accept his “unlawful instructions” to deny bail to former Public Service minister Priscah Mupfumira and opposition MDC Alliance vice-chairperson Job Sikhala.

Mtetwa argued in the High Court yesterday that the disciplinary procedure taken by the Judicial Service Commission (JSC) was flawed.

She said the procedure adopted by the Chief Justice to refer her to the tribunal without first appointing three judges of the High Court to preside over her disciplinary hearing was unlawful.

She told Justice Zisengwe that Judge President George Chiweshe, and not Chief Justice Malaba, was the only one authorised to initiate disciplinary proceedings against a sitting High Court judge.

The JSC, represented by Kantor and Immerman law firm, opposed the application on the basis that its action was in terms of section 187(3) and the High Court had no jurisdiction to set aside a constitutional provision.

Mtetwa shot back and said the choice of section 187(3) was out of malice in order to victimise her client, and queried why Chief Justice Malaba used a disciplinary committee for (former High Court judge) Justice (Francis) Bere and not for Justice Ndewere.

Mtetwa also submitted that section 187(3) was designed to protect judges of the High Court from arbitrary removal by the Executive, and she was alarmed that it was now being abused by the Chief Justice against the same judges that it ought to protect.

She also challenged the affidavit submitted by JSC secretary Walter Chikwanha, arguing that he was not a commissioner and did not have the authority of the JSC to depose of an affidavit on behalf of the JSC.

Chikwanha attached a resolution dated June 6, 2019, whereas the current JSC was sworn into office on May 20, 2020.

Mtetwa submitted that the affidavit by Chikwanha was not authorised by the JSC as the relevant current minutes were not produced.

She also argued that the investigation into Justice Ndewere’s alleged misconduct was done personally by Chief Justice Malaba and not by Chikwanha or the JSC, as the law required.

As a result, she said, Chikwanha could not swear that he had first-hand knowledge of the alleged misconduct because he does not work at the High Court.

Mtetwa further asked why Chief Justice Malaba did not depose his own affidavit if he did not intend to hide his conduct of victimisation under the JSC.