Kazembe fights for his party position 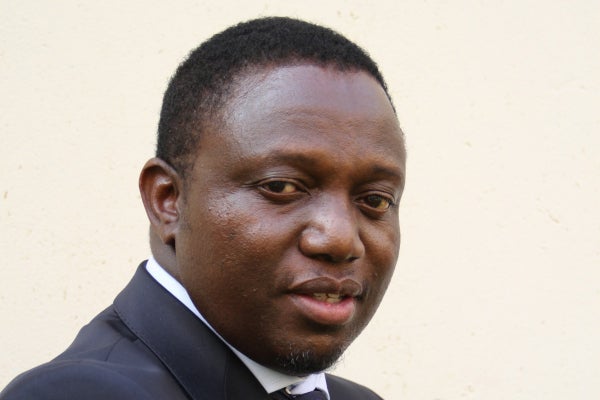 EMBATTLED Zanu PF chairperson for Mashonaland Central province Kazembe Kazembe has warned ruling party members against remaining in the campaign mode and urged them to accept the current party leadership.

Addressing party supporters during Muzarabani North legislator Zhemu Soda’s victory celebrations at Utete Business Centre recently, Kazembe said he would not leave his party position because he loved it and those who try to disturb his duties would suffer the consequences.

“As Zanu PF, we should be united and not be on each other’s throat every time, meaning we should not be in the campaign mood always,” he said.

“Let us learn to accept the incumbent leaders so as to build the nation. Let me also take this opportunity to warn those fanning divisions in the party that there will be a blood bath. You want me to leave this
chairmanship yet I still want it. There will be bloodbath.”

Serious factionalism is reportedly rocking the province, with war veterans calling for the removal of Kazembe from the chairmanship on allegations of failing to mobilise supporters to attend party programmes
supposed to be presided over by President Emmerson Mnangagwa.

Mnangagwa reportedly snubbed two events at the eleventh hour due to poor attendance.

Kazembe further claimed that officials were already positioning themselves in the structures before the official restructuring exercise.

“We have officials who are already positioning themselves before the official exercise. Why should we be doing that? What do you need these positions for? Give us time to work, a councillor, Member of Parliament
and the chairperson of the party should be supported to avoid getting into each other’s tracks, since we are winners,” he said.

“We have the MDC making noise for the next five years. We were robbed, we were robbed yet time is moving. But we are very alert and will not let the country go. They have set demonstrations after seeing the great
works of the President who is fighting corruption with Zacc [Zimbabwe Anti-Corruption Commission],” Kazembe claimed.

He further implored members of the community to police each other and account for their movements and whereabouts in light of the planned demonstrations by the MDC.

“Our President told us that there will be pain when resolving the country’s economic hardships, but Chamisa has taken that opportunity and is now influencing retailers to raise prices so that you revolt against the
President,” Kazembe claimed.

“Recently, I heard that they want to move province by province. Here in Mash Central, we do not do demonstrations. Check your neighbour, if you find him or her missing, he or she has to explain about his or her
whereabouts,” he said.

The post Kazembe fights for his party position appeared first on NewsDay Zimbabwe.