ZIMBABWEAN VICE PRESIDENT KEMBO MOHADI MUST CONSIDER RESIGNING OVER ALLEGATIONS OF ABUSING HIS POWER, OFFICE AND AUTHORITY TO SOLICIT SEXUAL FAVOURS FROM HIS SUBORDINATES AND POWERLESS ZIMBABWEAN WOMEN

Source: Kembo Mohadi must resign over sex scandals – The Zimbabwean 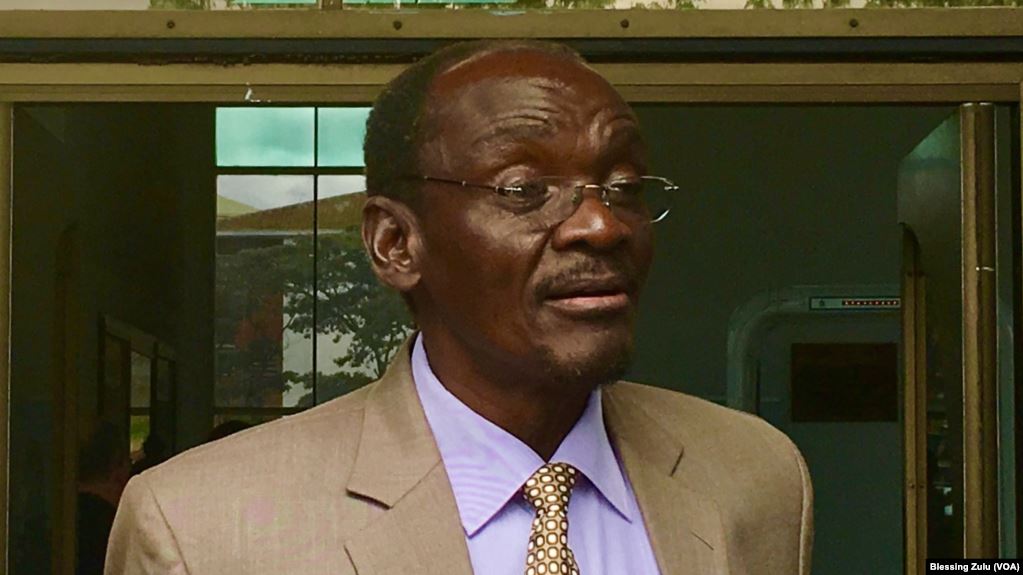 The Anti-Corruption Trust of Southern Africa (ACT-SA) has noted with great concern the tattered image and reputation of the Office of the President and Cabinet in Zimbabwe, following allegations that one of President Emmerson Mnangagwa’s deputies, Vice President Kembo Mohadi is alleged to be abusing his power, office and authority to solicit sexual favours from his subordinates as well as from other powerless women in society.

Audio evidence available at https://zwnews.com/musvo-kembo-mohadi-married-woman-tape-video-leak-online-n/shows that Vice President Kembo Mohadi has also been sexually abusing married women which is a taboo in respect of African traditional norms and values. Sexual exploitation of women and girls also violates international human rights instruments that Zimbabwe has signed and ratified.

Furthermore, ACT-SA has learnt with shock that the Government of Zimbabwe has allegedly endorsed Vice President Kembo Mohadi’s sexual exploitation of women and girls. Nick Mangwana, the Government Spokesperson said “A lot of noise from insecure men. When married man have it off with young women, no problem. When married women have it off with powerful men all hell breaks loose! A woman is noone’s property. She can make a choice and if you are married to her and you don’t like it.”  He says through his Twitter handle.

Mr. Munyaradzi Chaumba, the Acting Regional Director of ACT-SA condemned Vice President Kembo Mohadi’s behaviour and asked President Mnangagwa to fire him for the good of not only his name but the image and reputation of the entire Government of Zimbabwe.

“Following the sex audios involving Vice President Kembo Mohadi that has gone viral on social media and the subsequent silence by the concerned person, ACT-SA strongly condemns the deplorable behavior and the abuse of the highest office in the land. The acts are symptoms of the highest moral and ethical decay. ACT-SA therefore calls for the forced resignation of Vice President Kembo Mohadi so as to redeem any meaningful respect to the office in terms of the constitution. President Mnangagwa should consider setting up a Commission of enquiry into the conduct of Mohadi that will recommend appropriate remedies to the victims of sexual exploitation” he says

In addition, Mr. Chaumba sympathized with the victims who ordinarily may not have agreed to be sexually exploited if Mohadi was not powerful.

“I sympathise with the poor women who had no choice but to accept to be sexually exploited by Mohadi. I know that Vice President Mohadi’s subordinates had no choice but to accept to his demands. ACT-SA recommends that these victims should go for counselling whilst Mohadi himself gets fired from the position of Vice President of Zimbabwe. The sex audio went viral and that has also tormented the victims much more. Psychosocial support should be given to the victims. I also urge women rights organisations to support these women” he adds

Internet research conducted by ACT-SA has revealed the following:

1.    It is alleged that Kembo Mohadi demanded sex from a Bulawayo student he helped with college fees (Available at https://zwnews.com/kembo-mohadi-school-girl-scandal-demands-sex-from-byo-student-he-helped-with-school-fees/)

2.    It is further alleged that Vice President Kembo Mohadi arranged office sex with married lover Chervaughn Choeni, who has been divorced by her husband in the wake of the scandal in question. (Available at https://zwnews.com/kembo-mohadi-school-girl-scandal-demands-sex-from-byo-student-he-helped-with-school-fees/)

3.    Kembo Mohadi was allegedly in love with Abbigal Mumpande, his subordinate who was married.