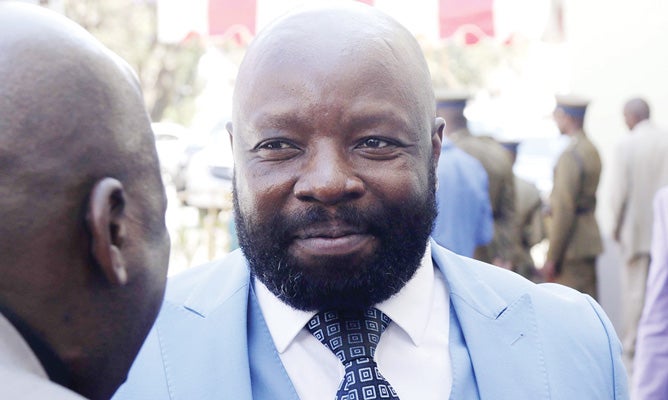 JAILED former advisor to the Reserve Bank of Zimbabwe governor Munyaradzi Kereke has approached the High Court challenging claims by Prosecutor-General Kumbirai Hodzi that he was a trustee of a company allegedly sponsoring a chicken-rearing project at Chikurubi Maximum Security Prison where he is an inmate. Kereke is serving a jail term for raping a minor.

In his founding affidavit, Kereke said he was seeking an order to compel the State to correct the statement that he was the owner of the alleged chicken firm, Humanity Earth Trust, before the trial of former Senior Assistant Commissioner in the Zimbabwe Prison and Correctional Services (ZPCS), Norbert Chomurenga, commences.

Chomurenga is being jointly charged with ZPCS chief correctional officer, Cephas Chiparausha and ZPCS Assistant Commissioner, Tonderai Mutiwaringa over criminal abuse of office charges for allegedly having entered into a chicken project deal with Kereke, a serving prisoner.

“This application is being done in terms of section 62(3) and 85 (1)(a) of the Constitution of Zimbabwe to restore and protect applicant (Kereke)’s fundamental human rights that would be irreparably violated should the case HRE CR06/03/19 (for Norbert Chomurenga; for criminal abuse of office) proceed before correction of first respondent (State)’s untruthful, erroneous and misleading declarations in its court papers,” Kereke said.

Kereke further noted that upon reading media reports alleging that the State had allegedly named him in Chomurenga’s case, he requested for the court papers which were duly delivered to Harare Central Prison and he was shocked to learn that the State had made “gravely injurious declarations in its court papers”.

“The court papers under HRE CR06/03/19 untruthfully state that applicant is a trustee of Humanity Earth Trust, a trust alleged to have corruptly sponsored a chicken project at Chikurubi Maximum Security Prison, and this was followed by the allegation that applicant was, as a result, being treated preferentially at Chikurubi Maximum Security Prison,” he said.

Kereke denied being a trustee of the trust and receiving preferential treatment. He challenged any High Court judge to visit the prison and establish the truth.

He said the State was aware that prison inmates in the D and C class categories do not ordinarily get deployed out for manual work for security reasons, adding that at Chikurubi Maximum Security Prison he was a D class inmate before being placed into C class in which he remains to date.

“Accordingly, therefore, it is deeply untenable, vindictive and illogical for first respondent to single out applicant and allege it is an irregularity that applicant is not deployed for manual work when applicant, as a C class inmate, like all the other C class inmate, does not qualify for such deployment,” he said.

“For the avoidance of doubt, applicant proposes that should the court deem it necessary in the interest of justice, then an in-loco inspection be done at Harare Central Prison to confirm that applicant and about 1399 fellow C class inmates do not get manual work assignments by policy of first respondent for security reasons.”