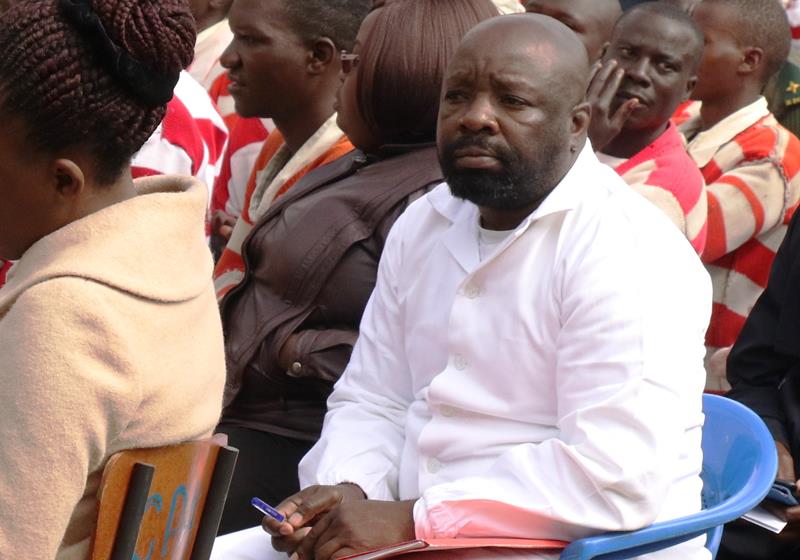 HARARE – Jailed former Reserve Bank of Zimbabwe (RBZ) governor’s advisor Munyaradzi Kereke’s company, Fairdrop Trading (Private) Limited, which trades as Rock Foundation Medical Centre, has been dragged to the High Court by a local company, which is seeking an order to cancel an agreement of sale for a generator signed between the parties three years ago.

Kereke is currently serving a seven-year jail term after he was convicted for raping his then 11-year-old niece.

In the current court application, Value Eats and Functions (Private) Limited, cited the former Zanu PF Bikita West MP’s company as the first respondent, while B.
Chikamhi of BCA Consulting Services (Private) Limited, is cited as the second respondent in his official capacity as Fairdrop Trading’s judicial manager.

According to court papers, Value Eats and Functions accused Kereke’s business, which is under judicial management, of failing to pay $58 000 which was the value of a 200kva P200 FGWP generator that was delivered to the medical institution in April 2015.

“Sometime in April 2015, post placing of the first defendant (Rock Foundation Medical Centre) in judicial management, plaintiff (Value Eats) supplied defendant with a 200kva P200 FGWP generator. In terms of the agreement between the parties, defendant was obliged to pay for the generator within 30 days on invoice for an agreed purchase price of $58 000,” the court was told.

Value Eats further said in fulfilment of the terms of the agreement, it delivered the agreed generator in April 2015 and duly issued an invoice to the medical institution for payment.

“Notwithstanding demand and in breach of the agreement, first and second defendants (Rock Foundation and Chikamhi) failed, refused or neglected to pay plaintiff the value of the generator so delivered. Consequently, plaintiff has therefore proceeded to cancel the agreement of sale and demanded that the generator supplied to the first defendant be returned to it in good working order and state of repair,” the firm said.

According to court papers, Value Eats, went on to cancel the agreement of sale with Kereke’s company.

Value Eats then demanded Fairdrop Trading to return back the generator in good working order and state of repair.

The firm, which is represented by Gill, Godlonton & Gerrans, however, said Kereke’s company has refused to return the property.

The High Court is still to set the matter for hearing.