THE Thokozani Khupe-led MDC-T was yesterday forced to change its extra-ordinary congress date from September 4 to July 31 following legal advice from its lawyer Lovemore Madhuku. 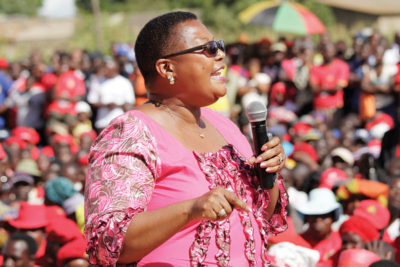 The faction had to revert to its earlier July 31 date after Madhuku advised that any date after that would render the congress illegal.

Insiders said Khupe had to call Madhuku to address her standing committee members on the technicalities relating to timelines set by the March 30 Supreme Court ruling which ordered her to organise a congress to resolve the long-running leadership wrangle between her and MDC Alliance leader Nelson Chamisa.

The highest court on the land, however, indicated that its ruling could be moot since it had been overtaken by events after both Khupe and Chamisa contested the July 2018 presidential elections under different MDC banners.

“Standing committee has just ended and extra-ordinary congress will now be held on July 31. Effectively, Khupe has lost her right to call for congress within the three months required by the court. For the congress to be legal, party interim chairman Morgen Komichi has to call it,” a source at the meeting said.

According to the March 30 Supreme Court ruling, Khupe was supposed to call for the congress within three months, failing which Komichi would take over and organise it.

Party acting spokesman Khaliphani Phugeni had promised to issue a statement within an hour after the meeting, but had not done so at the time of going to print.

The MDC-T had last Wednesday announced that it would hold its congress from September 4 to 6, saying this was within the timelines set by the Supreme Court.