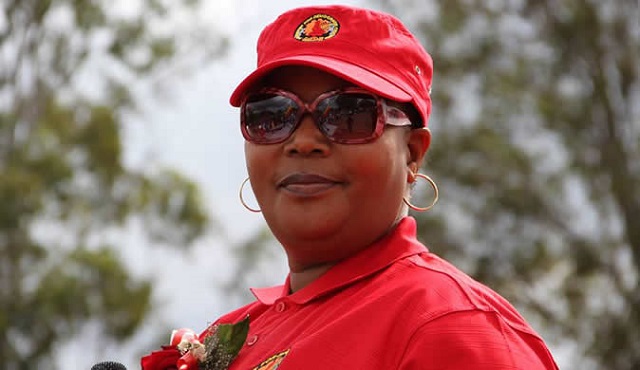 Dr Khupe was travelling in an Isuzu twin-cab which burst its rear tyre with the breakaway opposition leader suffering a swollen forehead due to the impact of the accident. MDC proportional representation MP Ms Priscilla Misihairabwi-Mushonga revealed details of the accident during a high tea meeting held in solidarity with Dr Khupe in Bulawayo. The solidarity meeting follows squabbles that rocked the MDC-T before splitting from the main party led by Advocate Nelson Chamisa.

“Thokozani Khupe was involved in an accident on her way here. So let’s give her time to rest. Her vehicle burst a tyre and she hit her head so it’s swollen a bit, but we thank God that she is here,” said Ms Misihairabwi-Mushonga.

She rallied Dr Khupe to be strong and stand against political, gender and tribal bullies. Dr Khupe was attacked during the burial of the late MDC-T leader Morgan Tsvangirai and she blamed her attack on Adv Chamisa whom she was competing with to lead the party. Misihairabwi-Mushonga called on women to support Dr Khupe’s candidacy ahead of the coming elections.

“It is not right; half of our time has been about protecting men. Thokozani Khupe protected Morgan Tsvangirai to his grave and I sit and hear people saying that they had split. Who was buying groceries in Morgan’s house? Who was the first to put rands (South African currency) for Morgan to go to hospital before Government came in? It is this woman. But because at one stage she said this direction that we are going I don’t agree with it, she was then labelled a traitor and you forget the years that she almost died protecting that man.”

In her message, Dr Khupe said she understood what other women were going through hence she was going to fight in their corner.

“It is women like you that inspire me because when I look at you I see myself. Your story is my story. I would like to state categorically, clearly that I will not disappoint the women of Zimbabwe. I am going to fight to the finish. Forward ever, backwards never,” she said.

People’s Democratic Party president Mrs Lucia Matibenga said if Dr Khupe was not strong she would have crumbled following attacks from MDC-T members. In a veiled attack on Adv Chamisa and his supporters she said there was nothing special about being young.

“When I look at this person threatening a woman and the older people I say old people watch out. We are not going to vote for someone who is discriminatory whether by age, whether by tribe or gender, we will not vote for him. Go home with your young age. After all what’s special about being young? We were all young at some point,” said Matibenga.-@AuxiliaK