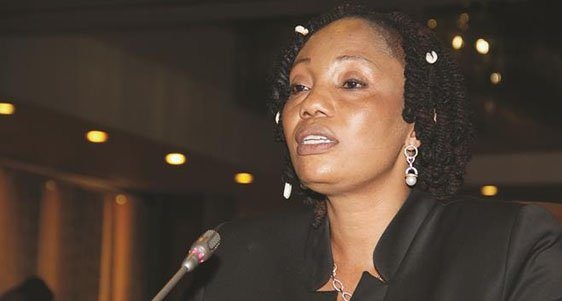 HARARE – The Zimbabwe Electoral Commission (Zec) faces its sternest test to date as opposition political parties contesting next month’s polls have temporarily shelved their differences to demand a raft of reforms aimed at levelling the electoral playing field currently tilted in favour of Zanu PF.

Zec has spurned demands for electoral reforms that are consistent with the Southern African Development Community guidelines and the African Union’s election template, with its chairperson, Priscilla Chigumba, declaring last week that nothing short of an earthquake could stop the July 30 harmonised polls.

Stung by Zec’s arrogance, the major political actors in the opposition are sharpening their knives against Chigumba and Zec, insisting that they cannot be railroaded into a sham election.

Zec is already fighting a multiplicity of legal cases in the country’s courts that seek to drag it towards reforms and should brace for a series of demonstrations as Zanu PF’s rivals ratchet up pressure to achieve same.

He repeated allegations that the voters’ roll made available by Zec last week had anomalies, among them its failure to capture the faces of voters and situations where a single address had as many as 20 people registered to vote.

“Zanu PF is unable to create pictures to accompany its army of ghost voters; creating a fake name is easy but a picture is hard. That’s why Zec is refusing with the pictures. Our analysts would identify when a picture from Harare is used for virtual polling station in Muzarabani,” he said.

Zec has rebuffed the claims, saying some of the criticism was unwarranted and meant to cause alarm and despondency ahead of the crunch elections.

In a statement released yesterday, Zec’s acting chief elections officer Utoile Silaigwana said they complied with the law after issuing a “searchable and analysable but tamper proof voters’ roll which has the “voter’s first and last names, date of birth, national registration number and sex as well as the place where the voter ordinarily resides” in accordance Section 20 (2) of the Electoral Act.

“Allegations that the voters’ roll is fake because it does not contain voters photographs are regrettable…it is important for stakeholders to note that such a roll is printed in PDF format and as such it is not analysable and searchable as envisaged by the law.

“However, this does not mean that the commission is under any constraint to provide any person who request for it in that format a copy. Note, however, that this is not the roll that is envisaged by the law to provide to stakeholders but Zec is willing to make it available,” he said.

On Friday emotions boiled over at a meeting organised by Zec to engage with all political parties.

Some of the participants reportedly banged and overturned tables as they demanded the immediate resignation of Chigumba and the rest of the commissioners.

Yesterday, MDC Youth Assembly secretary-general Lovemore Chinoputsa said Chigumba should brace for a winter of discontentment as the opposition has had enough of the commission’s arrogance.

“We will not accept any election that falls short of delivering a credible free and fair election. We shall make life difficult for Zec to conduct this election as long as they haven’t done the correct things. Chigumba should brace herself for unlimited demonstrations against her person and the institution. We will not tire until our demands are met,” he added.

While President Emmerson Mnangagwa has repeatedly given assurances that his administration will hold free and fair elections, an analysis of the Electoral Act done by the Zimbabwe Election Support Network (Zesn) showed that Zec still falls short of its constitutional obligations.

Zesn cited a number of outstanding issues impacting the independence of Zec and the right to vote.

“…procurement and printing of ballot papers remains shrouded in secrecy and there are no provisions directing the separation of election residue to enable petitioners to obtain a recount for a specified election,” noted the elections watchdog.

“Another notable omission is the absence of a framework to guide the operations and accreditation of long-term observers. The bill also revokes section 40F of the Electoral Act which requires all foreign contributions for the purpose of voter education to be channelled through Zec and abolishes the use of voter registration certificates (registration slips) where a person’s name does not appear on a voters’ roll”.

Tendai Biti, leader of the People’s Democratic Party (PDP), ranked Zec as the worst ever electoral body in Zimbabwe’s history, saying it should be disbanded to afford the country a free and fair election.

“The current election management body, Zec, must rank as the most subjective, most biased and most incompetent in the history of elections in Zimbabwe. Above all this is a body that lies and is reinventing the word ‘lie’. This body must be disbanded forthwith,” said Biti, who is a constitutional law expert.

Biti’s spokesperson, Jacob Mafume, said if Chigumba stays in her current post then she could lead Zimbabwe to an earthquake of protests after the elections.

“She is blundering and leading Zimbabwe to an earthquake of instability. She is not in control of anything even her own promises .There is no biometric voters’ roll even where the law requires it. She then threatens everyone that the elections will continue even if Zec fails to comply with the law. She is simply leading Zimbabwe in a bizarre near satanic ritual for the coronation of the current junta,” said Mafume.

Vice president of the Thokozani Khupe led MDC-T, Obert Gutu, said while Chigumba was the face of the commission, the problem was more structural than individual.

“The problem with Zec is more structural than anything else. The whole institution of Zec, warts and all, needs transformation and rejuvenation. Even if Justice Priscilla Chigumba was to resign as Zec chairperson today, that wouldn’t necessarily mean that Zec will suddenly become fit for purpose.

“The main challenge is with the secretariat. These are the people who actually run Zec on a day to day basis. Chigumba is just the face of Zec, she isn’t the institution. Organisational transformation means that the entire Zec secretariat has got to be cleansed by populating it with credible, efficient and impartial operatives. Otherwise nothing will change even if Zec gets a new chairperson from outer space,” said Gutu.