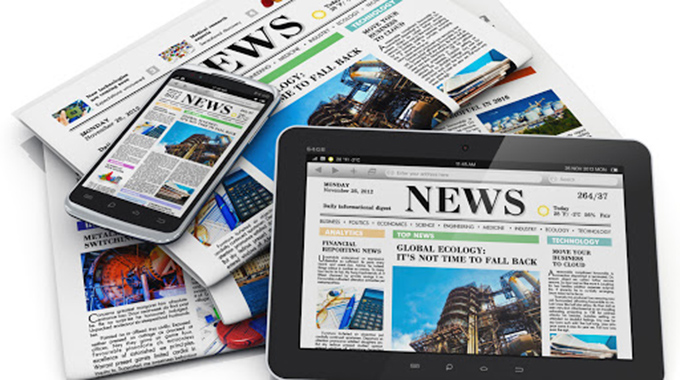 News organisations within the SADC region still suffer from lack of resources, skills and training when it comes to reporting natural disasters that have afflicted southern Africa in recent years.

This has all left the dynamics of reporting natural disasters to their richer international rivals who poach the news and circulate globally, most of the time with sweeping and misleading generalisations.

A virtual media workshop on Reporting Disasters in the SADC region organised by Southern African Research and Documentation Centre (SARDC) and the UNESCO Regional Office for Southern Africa (ROSA) discussed some of the major constraints encountered by regional news outlets when it came to responding to the challenges of natural disasters, especially those triggered by extreme weather conditions such as Cyclone Idai induced floods that left a trail of destruction in Malawi, Mozambique and Zimbabwe in 2019.

The workshop attracted journalists from the entire SADC region.

Patience Zirima, director of Media Monitors (Zimbabwe) told journalists that even though the coverage of Cyclone Idai was good, the media from the region failed to give an in-depth coverage of the disaster owing largely to a shortage of money, skills, infrastructure and resources.

“The media in Zimbabwe and elsewhere in the region mostly covered the disaster after it had struck,” she said.

“From our research most news organisations had no resources to adequately cover the Cyclone Idai disaster. For some safety issues were of major concern to them. Lack of protective clothing, little knowledge of terrain, fear of wild animals and the presence of soldiers in the affected areas might have instilled a level of fear among journalists.”

Mwayi Chapambali, a media analyst from Malawi also concurred that the media in his country was ill-prepared to cover the natural disaster because of lack of resources, skills and proper planning to cover Cyclone Idai.

“Most media outlets in Malawi had inadequate resources to cover the natural disaster,” he said. “The affected areas are remote parts of the country and the media outlets had no money to support coverage. Most lacked vehicles, skilled journalists and resources such as drones and helicopters to cover areas that were difficult to access.”

Cyclone Idai of 2019, one of the worst tropical storms to ever affect Africa and the southern hemisphere ripped through central and southern Mozambique, southern Malawi and eastern Zimbabwe causing severe flooding and destroying infrastructure and large tracts of cropland in the three Sadc countries.

An estimated three million people in the three countries were affected. Lack of resources left local reporters struggling to compete with big western media outlets with far bigger budgets to enlist private helicopters and drones to cover the natural disasters.

“Journalists from the region were unable to tell the SADC region’s own stories because of lack of resources,” said a media analyst based in Harare.

The majority of newspapers across the SADC region relied heavily on Cyclone Idai reports from the usual sources — Reuters, the Associated Press, CNN, Deutsche Welle or DW, Agence France Presse (AFP) and the BBC.

Most of the major newspapers and broadcasting outlets in the SADC region relied on western news sources writing for western audiences for Cyclone Idai.

“Most news organisations in Zimbabwe and the region say they are under-resourced and argue that it was far much more expensive to send reporters to cover the disaster in the remote parts of Zimbabwe, Mozambique and Malawi,” said Zirima.

“Despite this, some media outlets in Zimbabwe did a good job to cover Cyclone Idai. More coverage was recorded by Diamond FM in Manicaland, higher than in most radio stations. ZTV and Diamond FM made detailed coverage of the disaster unlike other media houses.”

She said poor radio signals in remote parts that were affected by cyclone Idai in parts of Manicaland, Masvingo and Mashonaland East made communication difficult for affected communities. Zirima lamented that most media outlets in Zimbabwe relied heavily on official comment and less on affected people, a bias that needed to be improved on.

Some of the key challenges identified by media researchers in Zimbabwe and Malawi include:

Lack of coordination amongst media houses in disaster reporting

Politicisation and sensationalisation of the news aspects

Little access to affected areas because of lack of resources

Lack of preparedness by media houses

David Mulera, acting deputy executive secretary for UNESCO, said the media had a crucial role in the fight against misconceptions, misinformation, negative publicity, fear and conspiracy theories which are not helping in creating positive resilience in the fight against natural disasters such as cyclones and Covid -19 pandemic.

The media, he said, must prepare the masses to adopt positive mindset and positive preventive measures that are crucial in coping with natural disasters and the spread of the Covid -19 pandemic.

This, he said, could make it easier for regional leaders, policy makers and duty bearers to deliver on their roles and responsibilities in order to manage natural disasters.

SADC newspapers, wire services, television and radio stations and online platforms are chronically under-resourced and experts say they need to adopt strategies to stay afloat and tell the region’s story in a competitive way.

Despite the grim picture of the SADC media situation, all is not lost. There are solutions.

Key takeaways from media experts that presented papers at the virtual workshop include:

Enhance planning of disaster reporting work in order to be proactive

Disaster reporting should be added in journalism schools

Increase their footprint in disaster prone areas to increase timeliness

Media to develop business continuity plans in the event of disasters

Governments must have centralised information centres to proactively provide information

Increased licensing of community based stations

“The media has an important function to inform, educate and empower communities with relevant knowledge and correct information,” said Mulera.

“It is therefore essential that the media should undergo training like this seminar on disaster risk response (DRR) reporting.  The media is key in transmitting information to the public from those that have the information.

“The media must transmit the information before the emergency occurs, during the time the emergency takes place and after the emergency has taken place. How the media reports of the various disasters, can make a real difference in the way people think about and act on disasters.”