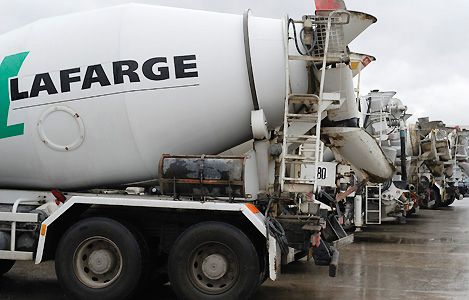 The newly-appointed CEO, Kaziwe Siame Kaulule, is a Zambian national who joins Lafarge Cement Zimbabwe Limited from LafargeHolcim in London, UK where he worked as general manager-Lead Retail Divison, and has previous experience in the Zimbabwe market following his stint as Regional Marketing Director for the Zimbabwe, Zambia and Malawi cluster in 2012-2013.

“Lafarge is pleased to announced the appointment of Kaziwe Siame Kaulule as the company’s new chief executive officer with effect from January 1, 2019,” read the statement.

“Kaziwe takes over from Amal Tantawy Emam Naiel, who has left the organisation to pursue other personal interests after being at the helm of Lafarge Cement Zimbabwe limited for five years.”

According to the company, Kaulule is a goal-oriented and accomplished executive with over 14 years of international experience leading teams in operations, digital transformation and business development in Europe and Africa.

Lafarge Cement Zimbabwe, formerly Circle Cement, is a subsidiary of the Lafarge Group and is known for its contribution to the construction industry over the years.