Land barons a menace to society 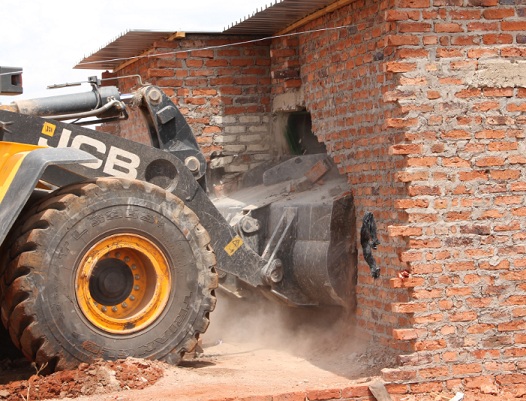 HARARE – For many years, Zimbabwe has grappled with the phenomenon of land barons, who have illegally possessed State, council and private land before selling it to unsuspecting home seekers.

Due to a high demand for homes, Zimbabweans are easily falling prey to these unscrupulous and politically-connected land barons.

However, the tragedy is that a lot of these issues are now spilling into the courts where the “homeowners” end up losing out to the rightful land owners.

After making huge investments in purchasing the stands and building houses, it is a sad sight when bulldozers move in to demolish these structures.

This was the case on Wednesday when the Harare City Council earthmovers razed down houses near Glen View 7.

Land baron Michael Mutandwa, who is a Zanu PF official, had invaded land belonging to CFI Holdings before parcelling it out to home seekers.

When the company tried to remove the illegal settlers on its land using a court order, Mutandwa using his Zanu PF links then sent thugs to assault the Messenger of Court officials.

The issue had been dragging on for a long time before CFI Holdings finally managed to take action this week.

Land barons have taken the law into their own hands across the country as they defy court orders using their Zanu PF links to occupy private or State land.

However, in most cases, it is the poor home seekers that lose out in the end when the courts finally determine the cases.

It is expensive to buy a stand and the costs balloon high when it comes to the actual construction of a house due to the rising prices of building materials.

Government must put in place measures that will flush out all land barons and protect home seekers from being duped of their hard-earned cash.

The first port of call would be to root out corruption in all councils because this is where the problem starts.

Land barons are conniving with unscrupulous council officials to identify idle land before illegally allocating it to these bogus developers.

These council officials are converting some spaces reserved for schools, clinics and recreational facilities into residential stands.

The land barons then start to sell these stands to home seekers, who have no idea that they are entering into a bogus scheme.

When the rightful owners emerge to reclaim their property, the land barons are nowhere to be seen leaving the home owners to face the consequences.