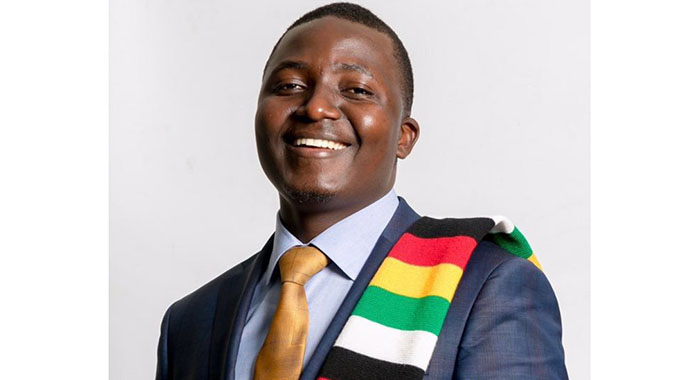 Elizabeth Andreya Features Writer
Young people account for a large demography in the country, and often face unemployment challenges. Despite opportunities in agriculture, they face many hurdles in trying to break in.

It is against this backdrop that the recent allocation of 10 hectares of land to youths in every administrative district by the Ministry of Lands, Agriculture, Water, Climate and Rural Resettlement for sustainable agricultural projects becomes apt. ZANU-PF Deputy Secretary for Youth Affairs Cde Lewis Matutu said the initiative will enable youths to have a sustainable flow of income and positive impact on a socio-economic scale.

“Through the Ministry of Lands, Agriculture, Water, Climate and Rural Resettlement, young people have been given 10 hectares per administrative district to allow them to kick-start viable agrarian projects that will enable them to have a sustainable income and impact positively on a socio-economic scale,” said Cde Matutu.

Young people play an important role in the political, economic and social development of the country. With youth population constantly increasing, while employment opportunities diminish, agriculture is one of the underexplored avenues towards which youth unemployment and underemployment can be confronted.

This initiative by the ministry will empower young people through self-employment at the same time increasing the country’s agricultural production. Due to lack of productivity youths, especially in rural areas, youths are now resorting to immoral activities like stealing.

Some are migrating to urban areas resulting in overpopulation and an increase in crime rates. The UN World Health Organisation predicts that “by 2030, six out of every 10 people will live in a city, and by 2050, this proportion will increase to seven out of 10 people” , meaning that more young people than ever before are moving to cities and towns to find work, leaving a few behind to work in rural areas.

The move by the Government is commendable as it empowers young people in our country. Research has shown that agriculture is more attractive to young farmers and create decent employment opportunities in rural areas, which could reverse migration of youths to urban centres and abroad.

There are many challenges ahead for the agricultural sector, but if young people are offered education in agriculture, a voice at policy level, and in the media, and are engaged with innovations, then the agriculture industry can attract youths again.

Now that young people have been given opportunities to engage in agricultural activities, it is necessary to review and improve training in the sector. It is thus key to educate young people on career opportunities associated with agriculture and facilitate the space through which they can experience the benefit of participating at the same time contributing meaningfully to the development of their communities in properly structured strategic patterns and procedures.

There is more to agriculture than just going into a field with a hoe; there is now need to educate young people, who are going to benefit from this initiative, on agriculture as there are some who have never done anything related to it from school, but it is the only way they can sustain their livelihoods now.

Youths’ immense contribution in the agricultural sector can help increase food security, improve nutrition and end poverty as well as boost economic growth, while empowering them. Farming offers the younger generation a chance to make a difference by growing enough food to feed the world, those who become farmers now have the opportunity to be the generation that ends world hunger and alleviate malnutrition, as well as helping the sector adapt to climate change. Zimbabwe is among other African countries that have initiated youth empowerment programmes.

In Tanzania there is Tanzania Youth Agripreneurs (TYA), a group of young graduates from different fields, aged between 18 and 29 years, and was formed in March 2014 to set up and run successful agriculture businesses.

The idea is for youths to become job creators rather than job-seekers; to change the mindset and attitudes of young people towards agriculture and empowering them to be more productive.

Therefore, this sets a good example, where young people are complaining about jobs. They can now take advantage of the newly introduced agriculture activities for them and empower themselves.

The future of agriculture lies in the hands of youths and there is need to lure them with economic incentives. These young people need to be supported so that the projects earmarked for every district produce good results. The responsible authorities should give these young people adequate inputs for them to start their projects. All they need is support for their projects to be successful.

Youth empowerment constitutes a central tenet of the United Nations Convention on the Rights of the Child, which every country in the world has signed into law. Therefore, this initiative is in vogue globally as it creates and supports enabling conditions under which young people can act on their own behalf, and on their own terms, rather than at the direction of others.

The move by the Ministry of Lands, Agriculture, Water, Climate and Rural Resettlement supports our country’s Vision 2030 of creating a middle income economy, which can only be successful when youths are included and participate in the country’s development programmes.

Newer Post
A bureau de change on your mobile phone
Older Post
No one will starve: President