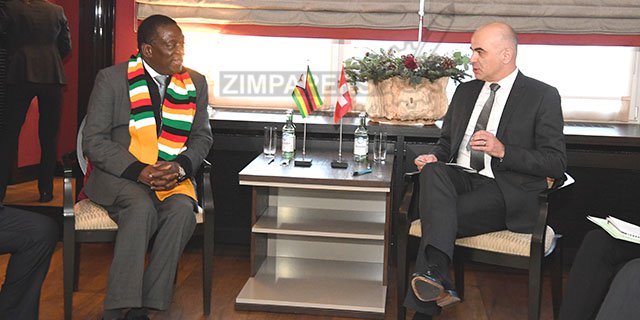 According to secretary for Information, Media and Broadcasting services George Charamba, the two leaders had fruitful deliberations centred on political and economic issues. President Mnangagwa took the opportunity to brief President Berset on the smooth transition that led to his ascension in November last year. 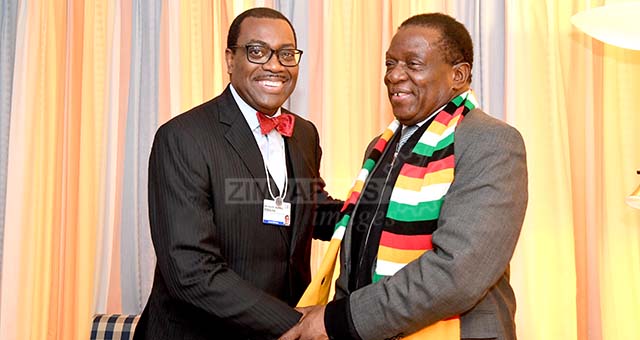 On the economic front Mr Charamba said President Mnangagwa briefed President Berset about amendments to the Indigenisation Act, availability of minerals for investors, tourism and manufacturing.

The President also suggested that Switzerland could use Zimbabwe as a dairy products distribution hub the same way Nestle has done with New Zealand. He also briefed the Swiss leader on the legislative measures Government is taking to make the country more investor friendly.

Mr Charamba said President Mnangagwa told his counterpart about Zimbabwe’s unique economic situation. The fact that growing exports was critical for Zimbabwe; that it had abundant minerals, but was a net exporter of raw commodities and net importer of critical consumables.

The Zimbabwean leader pointed out that it would be critical if the European country assisted the Southern African nation to value add its produce. President Mnangagwa highlighted the point that Zimbabwe’s greatest potential lay in attracting foreign investment into mineral resources.

He told his counterpart that Zimbabwe has the world’s second largest platinum reserves after South Africa, and a host of other minerals like diamonds, coal, nickel and chrome.

Mr Charamba also said President Mnangagwa stressed that Government would emphasise dialogue with investors “so that we get to know which areas are of concern to investors that may have escaped our attention and that there was readiness to engage with a view to effecting the necessary legislative adjustments”.

“(President Berset) said they would support Zimbabwe. In terms of the issue of sanctions they are aware that former President and his wife, some service chiefs and of course ZDI were still on sanctions and that these sanctions were being reviewed periodically,” said Mr Charamba

“President Berset said with development back home there was a positive disposition within the European Union (EU), which is the furthest he went in signaling that they will be supporting Zimbabwe.”