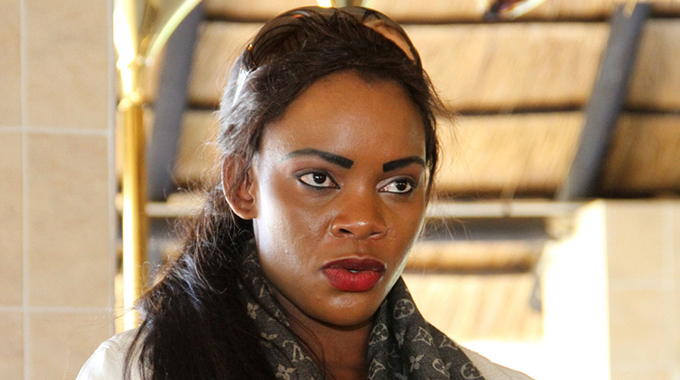 VICE PRESIDENT Constantino Chiwenga’s lawyer says reports that military personnel were used to dump his estranged wife’s property at her house in Eastlea were not only misleading, but a vain attempt to scandalise their client’s name by a newspaper struggling to make sales.

In fact, the Vice President hired a vehicle to deliver the personal items, which cannot be part of a divorce settlement to Ms Marry Mubaiwa after a pre-trial conference agreement that the property would be delivered.

But her family suggested it should be handed over at Ms Mubaiwa’s house, rather than her parents’ house.

It was only after this delivery that a letter was received from Ms Mubaiwa’s lawyer asking for the delivery of the personal items to be delayed until Ms Mubaiwa had given her lawyer instructions on where the personal property should be sent.

The Vice President and his estranged wife Ms Marry Mubaiwa are entangled in a divorce action at the High Court, centred on a custody dispute for their three children and the usual discussions over how property should be divided.

The private weekly newspaper, The Standard, in its article titled “Chiwenga humiliates ‘seriously ill’ ex-wife Marry”, claimed that VP Chiwenga used military personnel to embarrass his estranged wife by dumping her property at her house in Eastlea on Friday.

The VP’s lawyer, Mr Wilson Manase, dismissed the report as meant to deliberately scandalise the good name of his client.

“We read with utmost dismay the report which is replete with falsehoods,” he said.

“We are studying the purport of the article in order to correctly advise our client on whether he should take an appropriate action, more particularly when they claim that military personnel were involved.

“I do believe this is a headline to sell the newspaper, more particularly in an economic environment where people are not buying their paper.”

Vice President Chiwenga, said the lawyer, never wanted to humiliate his estranged wife, with whom he has children together.

“VP Chiwenga never used military personnel to transport the property in question but hired a truck.”

To set the record straight, Mr Manase said the property alluded to in the report was delivered to Ms Mubaiwa following an arranged meeting attended by both parties in Advocate Lewis Uriri’s chambers and an agreement that purely personal property belonging to Ms Mubaiwa should be delivered to her.

Ms Mubaiwa’s lawyer, Ms Beatrice Mtetwa, and her father, Mr Kenny Mubaiwa and his wife Helga, were all present and made a request that they be urgently given immediate access to all outstanding clothing, her vehicle and her personal items, said Mr Manase.

According to the lawyer, Ms Mubaiwa had alleged that the Vice President was denying her access to clothes which are not part of the dispute over the sharing of property now before the courts.

“These sentiments were aptly captured in the pre-trial conference minutes drafted and filed with the High Court,” he said.

Initially the property was supposed to be delivered to where Mubaiwa is staying, which is her parents’ home in Folyjon Crescent in Glen Lorne.

According to correspondences between the parties’ lawyers, an attempt was made to deliver the property at the agreed address, but Ms Mubaiwa’s father, Mr Kenny Mubaiwa, indicated that the goods should not be delivered there since his house was not his daughter’s home, as she had her own house in Eastlea.

Mr Manase said after delivering the goods to the Eastlea house, he afterwards received a letter from Ms Mtetwa advising them that she had not got full instructions from her client on the delivery of the property to Eastlea house.

“Without instructions from client, we are unable to respond to your letters,” wrote Ms Mtetwa to VP Chiwenga’s lawyer, requesting for stay of the delivery until she has received full instructions.

In this regard, Mr Manase said the reporter should have verified the facts from both parties to come up with an accurate and objective piece imbued with credibility.

“The article clearly insinuate that our client was abusing his position which the paper is repeating for the second time now, just to tarnish the image of the Vice President,” he said.