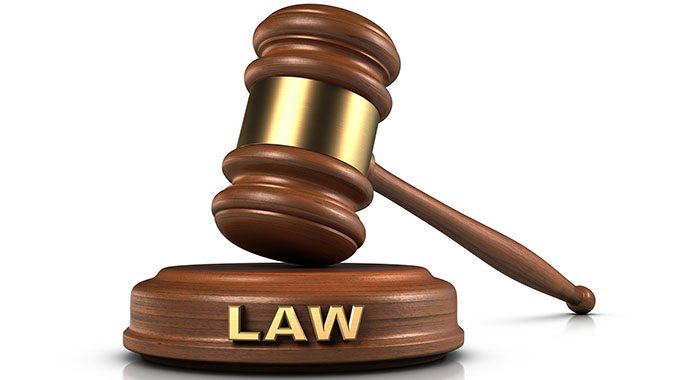 The trial of Harare lawyer Everson Round Samukange, who allegedly sent a live bullet wrapped in a letter with death threats to a senior partner at Venturas and Samukange law firm failed to start on Monday after his lawyer sought a postponement.

Everson sent the live bullet to Mr Christos Alexander Venturas to stop him from pursuing the recovery of money he allegedly stole from the law firm.

Everson reportedly wrote another letter to Mr Venturas, accusing him of “persecuting black people” at his law firm, saying he should return to Greece.

Advocate Thabani Mpofu, who is representing Everson, told the court that he wanted the matter postponed so that he could reflect on the issues raised by Mr Chris Venturas and Mr Jonathan Samukange.

Prosecutor Mr Micheal Reza said he was not opposed to the application for postponement, but told the court to put it on record that the application was done by the defence counsel.

Everson, who is the nephew to senior partner at Venturas and Samukange, Mr Jonathan Samukange, is facing charges of extortion, fraud and money laundering involving US$294 031. He is jointly charged with Theresa Machawira, a former secretary at the law firm.

The State, led by Mr Reza, alleges that Everson and Machawira committed the offences when they were both employed at Venturas and Samukange.

It is alleged that during investigations, Everson was given a deadline of September 24, 2018 to make a full disclosure of the amount he allegedly defrauded the firm before negotiations to avoid criminal prosecution.

On that date, Everson was told by Mr Jonathan Samukange’s assistant, Mr Max Moosa, that the firm was insisting on him making a full written disclosure before they could enter into any negotiations, but he refused.

On the same day, an envelope was delivered to the Belgravia home of Mr Venturas, containing a letter threatening him and his young children with death along with a live round of an AK47 rifle.

The following day, another letter was delivered to Mr Venturas’ home threatening him and his two sons with death if he did not stop “persecuting black people in his office and that he should go back to Greece”, the court heard.

The court also heard that in January 2018, Machawira was dismissed from Venturas and Samukange and a new secretary, Ms Amanda Tahwa, was hired.

Reports were that on August 29 last year, Everson wanted to resign and his departure came without warning or proper notice.

However, he was allowed to leave with three files from the law firm, which he had been working on to assist him in setting up his own practice.

Ms Tahwa was tasked with keeping the office locked and checking all the files and later found out that there were a lot of unpaid invoices and missing files.

When Everson was asked about the missing files, he allegedly indicated that some were in the archives, which turned out to be false.

The matter was reported to the Law Society of Zimbabwe (LSZ) before an audit of the files was conducted.

It was at this stage that Everson offered to pay back and allegedly admitted to have stolen from the law firm, with US$75 000 found at that stage to be missing. This is when the September 24 deadline was set for full disclosure, but Everson allegedly agreed to pay back only US$40 000.

As a result of the audit, it is alleged that between May 2013 and December 2017, Barep Enterprises had deposited US$28 495 into Machawira’s CBZ account and that she transferred a total of US$8 709 into Everson’s personal Standard Chartered Bank account, hence the charges against her.