Legal costs drown Zec. . . a cold winter for the commission 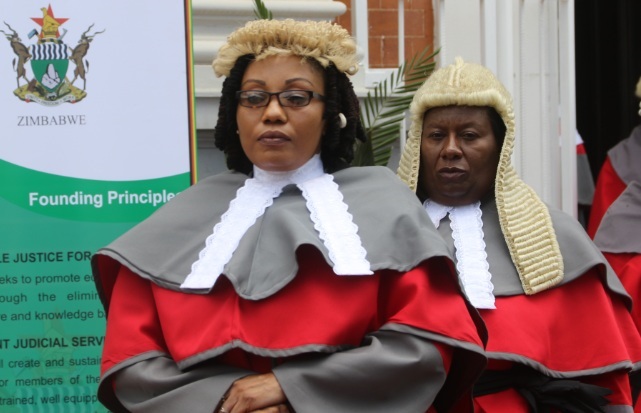 HARARE – With the clock ticking towards make-or-break harmonised polls on July 30, the Zimbabwe Electoral Commission (Zec) is stewing in massive legal bills following an increase in the number of election-related lawsuits brought against the country’s under-fire elections management body.

Over the past few months, individuals and political parties have been dragging the commission to court for one reason or the other, but all to do with its management of the election processes.

The Daily News can report that Zec has been losing tens of thousands of dollars in defending itself in the courts at a time when the commission is grossly underfunded.

One of the latest cases filed against the commission involves residents in Mt Pleasant Heights, Harare, who have dragged Zec and its chairperson, Priscillah Chigumba, to the High Court, accusing the electoral body of clandestinely transferring them to Mazowe South Constituency.

According to their urgent chamber application, former Mt Pleasant Heights councillor Warship Dumba and Celine Eunice Nyakutsikwa are seeking a reversal of the decision by Zec.

Dumba and Nyakutsikwa said in the previous elections, with specific reference to 2008 and 2013, they cast their votes under the Mt Pleasant Heights Constituency. They said they were surprised to be told by Zec officials that they were now falling under the Mazowe South Constituency.

There are two other separate applications filed by two civil society organisations, the Election Resource Centre (ERC) and Veritas, seeking the nullification of some provisions of the Electoral Act, which restricts voter education to Zec and political parties.

ERC and Veritas said they have expertise in the field of elections and can assist in voter education and provision of voter information.

The High Court is also expected to hand down a ruling in which a Harare man is seeking an order compelling Zec to print ballot papers in Braille or the template ballot to ensure people who are visually impaired enjoy their right to a secret vote.

According to the application, Abraham Mateta, who is a registered voter and visually impaired, is demanding Zec to put in place administrative measures to enable visually impaired people to vote by secret ballot in the forthcoming 2018 harmonised election.

Zec is also defending another litigation in which it is accused of intending to “illegally” secure the printing of ballot papers.

The applicants are the People’s Democratic Party, its leader Tendai Biti and the party’s spokesperson Jacob Mafume, who are seeking an order declaring Zec to be in breach of the provisions of the Public Procurement and Disposal of Public Assets Act (Chapter 22:23) by failing to procure the printing of electoral material by way of open tender.

At the same time, the Elton Mangoma-led Renewal Democrats of Zimbabwe (RDZ) has approached the Constitutional Court, seeking to be granted direct access to the highest court in the land to challenge some “defective” provisions of the Electoral Act, which the party wants aligned with the Constitution before the conducting of the 2018 harmonised elections.

Another political party, the Zimbabwe African National Union (Zanu), is also seeking to force the electoral body to use ordinary bond paper for printing of ballot papers, instead of the special ballot papers.

According to the application, Zanu, through its leader Chawaona Wilbroad Kanoti, is seeking an order, “that the first and second respondents (Zec and Chigumba) be and are hereby ordered not to use special but ordinary paper for printing of the ballot papers for the 2018 national harmonised elections set for July…”

While officials at Zec could not be reached for comment at the time of going to print, insiders at the commission said the number of court cases that have been brought before the courts ahead of the harmonised elections have become worrisome and are taking a toll on the commission’s coffers.

They said hardly a week hardly passes without the electoral body defending a case.

“While these cases may be completed before the elections, it will be a long season for Zec, as there are high chances that it will be dragged to the court even after the elections for different reasons,” said an insider at Zec.

According to the Law Society of Zimbabwe general tariffs gazetted in 2011, the most experienced lawyers charge at least $350 an hour, while those with experience between two and four years charge up to $120 per hour, and those lawyers with less than two years on the job charge $75 an hour.

For Zec, which uses the services of experienced lawyers to fight its cases, the commission could be paying substantial amounts in legal fees as some cases take several hours, days, months or even in some cases, years to complete.

Elections in Zimbabwe have been marred by allegations of vote rigging, amid claims Zec manipulates the vote in favour of the ruling Zanu PF party.

Zec has always maintained that it is an independent electoral body capable of conducting a free and fair election.