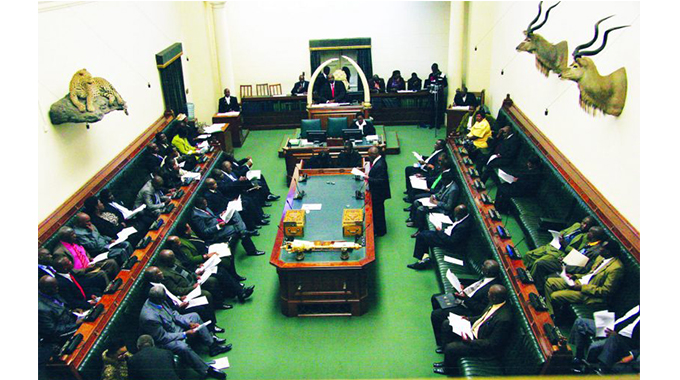 Lister Mlotshwa , Sunday News Reporter
LEGISLATORS have called on the Government to fully capacitate the District Development Fund (DDF), which they say is strategic in promoting development in the country.

Speaking in Parliament recently, legislators expressed concern over obsolete machinery and equipment at DDF and urged the Government to prioritise the recapitalisation of the department which has remained key in promoting development as well as achieving the national objective of becoming a middle-income economy by 2030.

The law makers said DDF should be fully equipped to ensure that it executes its mandate without hindrances. Headlands legislator Christopher Chingosho said DDF had been generally invisible in the rural development efforts due to lack of adequate machinery, human resources and financial support from the Government. MP Chingosho said DDF needed recapitalisation so that it meets its set goals and objectivities of bridging the gap between the urban and rural development in the nation.

“DDF has been ignored for a while now and hasn’t been working for a long time due to lack of adequate tools to do the work therefore it should be given the tools of trade to enable them to perform their mandate and should be allocated a reasonable amount to enable it to perform its mandate on time” he said.

Proportional MP Priscilla Moyo said DDF had almost become defunct hitherto its recent reincarnation where it had been drilling boreholes in both rural communities and urban areas to ease the country’s perennial water woes. She said DDF remained strategic even in driving agricultural programmes but is not fully equipped.

“DDF workers are found in the beer halls in communities because they have no tools of trade since we are in the budget season where the budget will be presented, we request that DDF should be allocated a reasonable amount to enable it to carry out its mandate.

“It is farming season if one wants to hire tractors from DDF they do not have them, if they have them they are not functional, there are no boreholes in rural areas people are dying and domestic animals are dying too and if they go to DDF there is nothing, therefore we request that DDF should be given enough financial assistance for development purposes,” she said.

Cde Pupurai Togarepi chipped in and said DDF needed recapitalisation in the form of new tractors and enough road equipment so that they improve road infrastructure mostly in rural communities.

“DDF needs to be equipped so that they maintain and upgrade road infrastructure. We have roads that are damaged especially now that it is the rainy season. Construction of bridges is very crucial also not forgetting road construction as the rural road construction depends on DDF,” he said.