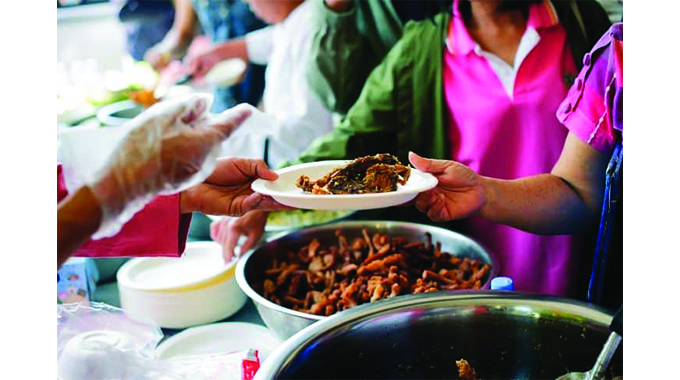 Munyaradzi Musiiwa, Sunday News Reporter
AT least 2.4 million people in urban areas in Zimbabwe are food insecure with a third being in Harare while Matabeleland North and South provinces have recorded the least number of people requiring food aid as compared to other provinces, according to the Zimbabwe Vulnerability Assessment Committee (ZimVAC) report.

Last week the Food and Nutrition Council released a Zimbabwe Vulnerability Assessment Committee (ZimVAC) report which revealed that the number of food insecure people in urban areas increased to 2.4 million in 2020 from 2.2 million recorded in 2019.

“At least 42 percent of the urban households are projected to be cereal insecure compared to 30 percent in 2019. These households cannot meet their cereal needs and require assistance. Mashonaland East has the highest percentage increase with 53 percent, followed by Manicaland with 48 percent while Midlands had 47 percent and Mashonaland Central had 43 percent projected to have the highest proportion of cereal insecure households, above the national average of 42 percent. Approximately 2,4 million people were food insecure in 2020 compared to 2,2 million in 2019. Harare had the largest food insecure population with 1 152 388 while Mashonaland Central had the least with 33 213,” reads the report.

The country is, however, poised for a bumper harvest with experts projecting in excess of 2.8 million tonnes of maize this season. According to a crop assessment report, the country generally increased maize production by 24 percent to 1 920 541 ha from 1 549 324 ha planted last season.

The Southern region, which has been stereotyped for requiring food aid year in year out due to its semi-arable soils coupled with perennial low rainfall, is now becoming the country’s leading grain producers following vigorous agricultural programmes implemented by Government to improve crop production in semi-arid regions.

There was also the Presidential Cotton Scheme, Sesame Programme, the Livestock Input programme comprising of the tick grease program which benefitted more than 50 000 cattle farmers and the pasture and legume seed program.

This was complemented by the National Enhanced Agricultural Productivity Scheme (NEAPS) through CBZ AgroYield.

The ZimVac report acknowledged that Government had contributed significantly to the crop production for the 2020/21 farming season after providing inputs to farmers. It also revealed that even people in urban areas also embarked on cereal production this season.