Let us look out for   looters, opportunists

Source: Let us look out for   looters, opportunists | Daily News 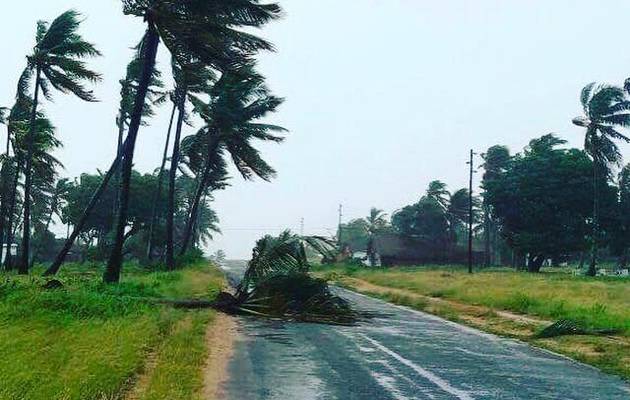 RECENTLY, the country experienced one of its worst natural disasters in the form of Cyclone Idai which ravaged Chimanimani as well as Chipinge in Manicaland Province and parts of Masvingo and Mashonaland East provinces.

Natural disasters do happen and no one can stop them. Humans can only mitigate the suffering and at times minimise fatalities where possible through different interventions.

Reports that some politicians and individuals deliberately diverted donations meant for Cyclone Idai victims for their own use makes very sad reading.

At some point, even President Emmerson Mnangagwa called on Zimbabweans to respect the plight of the needy. These donations were made by individuals who felt — from the bottom of their hearts — that they needed to.
Taking advantage of such desperate people perhaps signifies the worst form of insensitivity.

When one is faced with threats of demise from a natural calamity, our consciences should be at their best to be able to differentiate between the morally right and those of our actions that could lead us into being blamed for being on the other extreme, again morally.

Sungura musician — who is also humanitarian ambassador of the Zimbabwe Red Cross — Alick Macheso, also echoed the president’s message saying donated food and goods must reach their intended beneficiaries.
Zimbabweans and other people from across the globe have donated generously towards helping the victims of Cyclone Idai that hit Zimbabwe, Mozambique and Malawi about a week ago.

In Zimbabwe, the cyclone killed over 300 people according to some agencies on the ground, while hundreds more are still missing and thousands are homeless after their homes were destroyed by the ravaging calamity. Yet reports say there are Zanu PF bigwigs who tried to use party-branded vehicles to ferry relief supplies.

It is heartening that Local Government minister July Moyo has said no political party is allowed to involve itself with cyclone relief efforts. It is even more gratifying that the army kicked out some of the heavyweights who were trying to muscle their way into Cyclone Idai aid.

The actions, to begin with, were untoward and uncalled for as these were clearly intended to put individuals in the limelight using donated aid meant for people in desperate circumstances.

For now, all those who care must focus on providing medical supplies for affected areas as well as rebuilding efforts currently underway to ensure that life at least gets back to near-normal.