Let’s not lose the spirit of Ubuntu

Source: Let's not lose the spirit of Ubuntu | Daily News 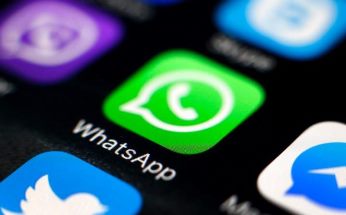 HARARE – Zimbabwe lost one of its finest musicians ever when Oliver “Tuku” Mtukudzi passed away in Harare on Wednesday afternoon after a long battle with diabetes.

Before his death, Tuku had produced at least 66 albums in a long musical career dating back to the pre-independence days.

His songs were laden with social commentary and uplift lyrics; there is a Tuku song that can relate to every life situation.

Zimbabwe has truly lost an icon, who transcended from being a mere musician into a symbol of national pride.

However, what is distressing is that Zimbabweans seemed insensitive to the Mtukudzi family in this greatly distressing moment.

Even before there was any official confirmation of the music superstars’ death from his family and management team, social media was already awash with rumours of his passing on.

Of course, social media has brought this urgency of trying to break news but at times this goes against the spirit of Ubuntu.

Although he was a renowned musician with followers all over the world, what some people forget is that Tuku was also a family man.

He was a husband, father, uncle, brother and son to his family.

At the time most people were busy circulating his death rumours, there was a greater part of his family members that had not been notified of his passing on.

Imagine the trauma and anguish Tuku’s family and friends went through by learning of the star’s death through social media.

To make it worse, in the past Tuku was also the subject of many false death hoaxes on social media.

In 2016, he had a classy response to his so-called death when he released a short video with Suluman Chimbetu and said: “Tell them that when I die I will phone them.”

Although this time it’s true, the social media trolls have not stopped either as they continue to persecute Tuku even in death.

Some insensitive people were circulating a mug shot of a decomposing body claiming it was Tuku.

Although it was not Tuku’s body in the picture that has gone viral, it was totally tasteless and insensitive for people to even think of sharing such a picture.

All this happening barely a week after the government had restored Internet connectivity to Zimbabweans after a blackout during last week’s stay-away. We should respect the dead and not abuse social media.