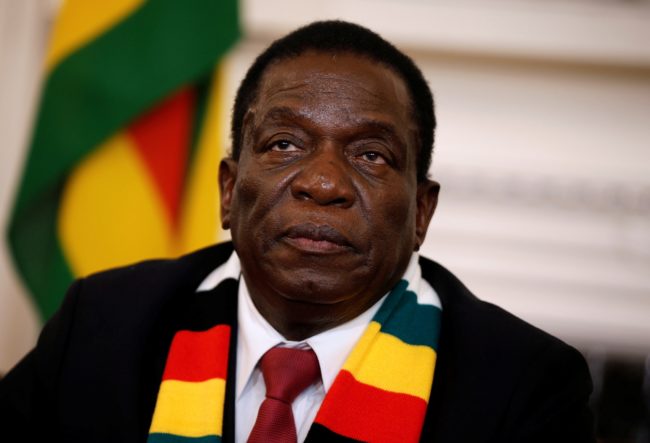 President Emmerson Mnangagwa has said the country could only put closure to the emotive 1980s Gukurahundi genocide issue by allowing victims to openly and frankly debate it without fear of reprisals.

In a pre-recorded Independence Day speech that will be aired by the national broadcaster ZBC-tv tomorrow, Mnangagwa said: “In my view, it is not useful to avoid an issue that affects us as a nation. It is better we discuss the issue and find a lasting solution. In future, what is not good for our country can be avoided.

“Everybody affected has an opportunity to come forward so that we can discuss it together. We can chart the way forward.”

The Catholic Commission for Justice and Peace documented the killings that took place between 1982 and 1987 after the late former President Robert Mugabe deployed the North Korea-trained Fifth Brigade “to fight an insurgency.”

The atrocities only ended in 1987 with the signing of the Unity Acord between Zanu PF and PF-Zapu.

Under Mugabe’s rule, open debate on the emotive issue was considered treasonous, although he once described the massacres as “a moment of madness”.

Since taking over from Mugabe through a coup in November 2017, Mnangagwa has made overtures to resolve the problem and has met traditional leaders and civic organisations from the southern region to try to make inroads in resolving the issue, but his approach has courted the ire of human rights activists, who accused him of pulling wool over their faces as they view him as one of the perpetrators who should be brought to book.

The Zanu PF leader, who at the time of the massacres was State Security minister, has pledged to facilitate exhumation and reburial of the victims, and also facilitate issuance of birth certificates to the victims’ children.

But civic leaders, mostly in Matabeleland region, are demanding truth-telling and compensation as the first step towards bringing closure to the matter, while perpetrators should be made to account for the actions.

On Tuesday, exiled former Higher Education minister Jonathan Moyo, who lost his father during the atrocities, claimed that the Unity Accord, signed between Mugabe and the late former Vice-President Joshua Nkomo’s Zapu, misled the Gukurahundi victims into believing that the accord would bring closure to the matter.

“In resolving genocide, the first step that Zimbabweans have failed to take, perhaps some have refused to take, others have ensured that it is not taken, is truth telling,” Moyo told a virtual meeting organised by Bulawayo-based pressure group, Ibhetshu LikaZulu.

“If you ask this government to produce a research about the Gukurahundi, you will receive all sorts of names and they even christened themselves as youth brigades or even what they called Varakashi.

“We are here to ask the questions about finding a lasting solution because the previous government did not come forward and tell the truth about the Gukurahundi genocide and the successor government, which claimed to be a second republic that is giving people more reforms and rights, does not even want to hear about the term Gukurahundi.”

Moyo revealed that during his tenure as a Zanu PF Cabinet minister, he had tried without success to get a copy of the Chihambakwe Commission of Inquiry report on the killings.

The post Let’s open up on Gukurahundi: ED appeared first on NewsDay Zimbabwe.