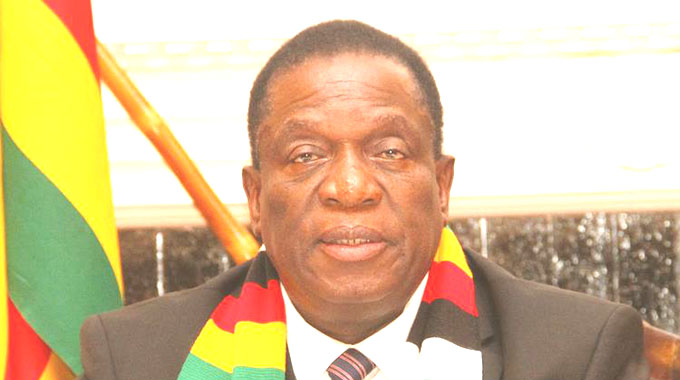 From Kuda Bwititi in YOKOHAMA, Japan

The new dispensation has structurally liberalised Zimbabwe’s economy to make it open for investment to all willing investors from any part of the world, President Mnangagwa has said.

In an interview with Japan media houses on the sidelines of the three-day Tokyo International Conference for African Development (TICAD) summit that kicked off in Yokohama yesterday, the President said Zimbabwe’s engagement and re-engagement drive does not close the door on any worthy investment.

“The new dispensation which I lead, decided that despite the sanctions which the West decided to have on us — in particular the Americans under ZIDERA — we open our economy and liberalise the economy on all fronts,” President Mnangagwa said.

“We then came up with the engagement and re-engagement policy. Engagement meaning we are willing to engage and work with any member state of the United Nations. Re-engagement meaning that we would like to re-engage with those countries that disengaged with us a result of sanctions. So we have opened up.”

Asked if Zimbabwe was seeking credit lines from China or Japan, President Mnangagwa said Harare had opened its doors to potential investors from any part of the world.

“I will be meeting the Japanese Prime Minister to continue to support us in our endeavour to revive our economy.

“With regards to China, there is the FOCAC, where African countries are invited to participate and apply for funding for projects. It is of the same platform as TICAD,” he said.

“Most of the member states of the EU are now in discussions with us. We have discussions with France, Germany has sent a minister to discuss and open old ties that we had. Italy has done the same. Brussels has also done the same. With regards to the EU, there is a lot that is unfolding towards Zimbabwe. But with the US, that is where we have the problems, but we are doing everything possible to appeal to the Trump administration to revisit the ZIDERA sanctions.”

“When we are in this transition to open up, our currency had to find a level to which it stabilised. Now it has stabilised around between eight and 10 on the exchange rate.

“For us to leapfrog and catch up with the rest of the region, we have opened up and we are inviting global capital to come into the country by creating an environment that is conducive to attract global capital,” he said.

He said while the Zimbabwe Democracy and Economic Recovery Act (ZIDERA) sanctions are still an impediment, his administration will not “bury its heads in the sand”, but will continue engaging President Trump’s administration.

“ZIDERA constraints us. For the past 20 years we cannot access support from the IMF, World Bank, IFIs. Those Bretton Woods institutions cannot extend any international credit to Zimbabwe. So we are surviving through our own domestic means.