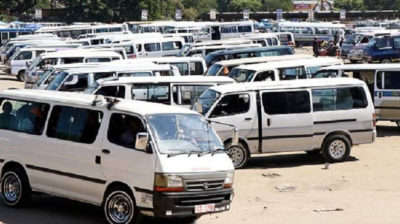 THE Zimbabwe Passengers Association (ZPA) has called on the government to lift the ban on privately-operated commuter omnibuses to ease transport woes and curb the spread of COVID-19 at ranks where commuters jostle for the scarce Zupco buses without observing social distancing protocols.

ZPA secretary-general Paul Makiwa yesterday said the Zupco monopoly was partly to blame for the spike in local transmissions.

“The government should lift the ban on other transport players, but tighten the rules and regulations since Zupco monopoly has failed and has many a time forced passengers to travel in open trucks,” he said.

“We know there are those (passengers) that passed away, some are sick and some have recovered. From the time we started the lockdown, the number of cases was very low, but from the time the government started to overload passengers in Zupco buses the numbers rose at an alarming rate. I believe those that gather statistics can agree with me.”

Makiwa said transport problems were affecting all and sundry.

“It is not only members of the public that are affected, but the President and his entourage, members of the Defence Forces, the Correctional Services and all civil servants are caught up in this net,” he said.

He said wearing masks was not 100% effective and did not guarantee protection from coronavirus infection.

“The government needs to know that overcrowding people on buses is not helping, but instead costing people’s lives,” the ZPA official said.

“For us to be safe as a nation, the government should increase public transport so that all of us are transported safely to and from our workplaces.

“The issue of overloading is a transgression to the transport treaty agreements and even the World Health Organisation guidelines do not allow this.”

Information permanent secretary Ndavaningi Mangwana yesterday said it was not yet safe for private operators to resume operations.

“As of now it’s unsafe to allow private commuter omnibuses on the road, only Zupco is allowed to operate following the mitigation measures which were put across by the Ministry of Health. So at the moment we are not allowing any private players on the road,” he said.

Government banned private public transport operators in March to curb the spread of coronavirus, making Zupco the sole passenger transporter in the country.